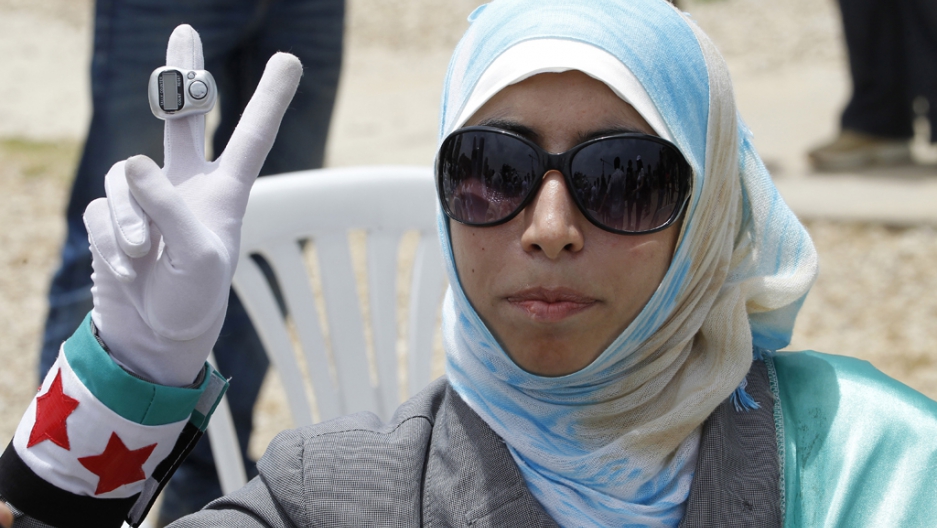 A Lebanese woman flashes a peace sign during a protest against Hezbollah on June 9, 2013, in the Lebanese capital, Beirut.
Credit: ANWAR AMRO
Share

One man is dead and several others wounded after Hezbollah militia members opened fire on an unarmed group of protesters outside the Iranian embassy in Beirut on Sunday.

According to Reuters, the men dressed in black with yellow arm-bands drew their weapons when the demonstrators arrived in Lebanon’s capital.

They were there marching against Hezbollah’s participation in the Syrian civil war, which promises to get uglier with militant group’s participation.

The Lebanese army responded by deploying tanks and erecting barriers across the city. The dead man, Hashem Salman, was a member of the Intima party.

More from GlobalPost: Why is Qusayr so important?

They told The Associated Press that Hezbollah doesn’t represent Lebanese or Syrian interests.

“Those fighting in Syria are not Lebanese. Their culture, their flag, money and weapons are Iranians,” Saleh el-Mashnouk said, according to the AP. “We are here to wipe the shame that hit Lebanon because of them.”

While Hezbollah fighters have crossed into Syria, rebels from that country have returned fire across the border, BBC said.

Lebanon is also home to thousands of Syrian refugees.