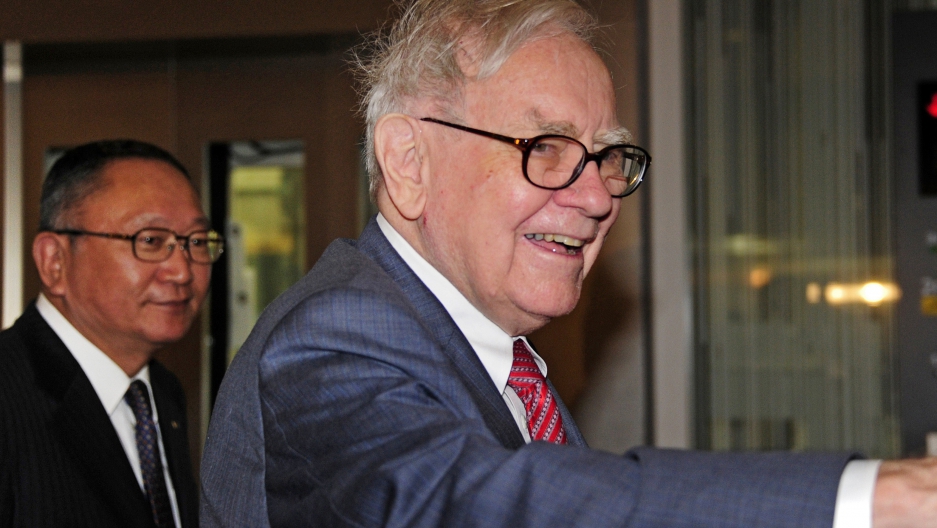 Talk about a deal. Having lunch with billionaire Warren Buffett and his posse cost one lucky bidder just $1 million in this year's online charity auction.

More from GlobalPost: Warren Buffett lunch auctioned off for $3.5 million

In fact, this year's $1 million price is the smallest since 2007, according to CNN.

The anemic bidding left observers stunned, with some even suggesting a glitch may have occurred.

Last-minute bid have pushed the price to record levels in recent years, and bidding had neared the $1 million mark by mid-day Friday, leading some to speculate this year's event could top $4 million.

Proceeds from the auction go to the Glide Foundation, which helps the poor and homeless in San Francisco. The nonprofit uses a good chunk of the event for its $17 million annual budget.

More from GlobalPost: Warren Buffett among Time magazine's 100 most influential people of 2012

Glide officials tried to put on a happy face, telling supporters $1 million was "nothing to sneeze at," although founder the Rev. Cecil Williams told the San Francisco Business Journal budget cuts are likely as a result.

Last year's Buffett lunch was the most-expensive charity item ever sold on eBay.

The most expensive item ever sold on eBay was a jet that drew $4.9 million in 2001, eBay spokeswoman Karen Sayah told The Associated Press.