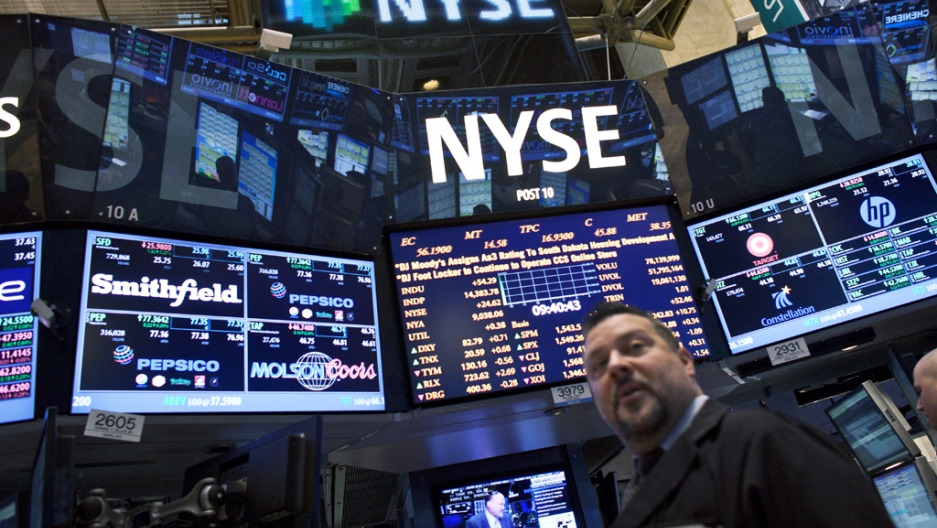 A trader works on the floor of the New York Stock Exchange during early trading on March 8, 2013, in New York City. The rising stock market has pushed America's millionaire population close to its all-time high.
Credit: Ramin Talaie
Share

World stock markets headed downwards as the world awaited a pivotal May jobs report from the US, which will likely affect how the Federal Reserve operates its monetary stimulus program.

The report showed that unemployment ticked up to 7.6 percent from 7.5 percent, as employers added 175,000 jobs.

The job report was projected to be largely positive, according to the Associated Press.

If the job report revealed that May job creation continued to lag behind, it would be interpreted as a sign that the US is moving into a fourth year of economic slowdown, noted the International Business Times — and could cause the Federal Reserve to reevaluate the logic behind tapering its quantitative easing program.

"I think market sentiment is still weak because there is still concern about what the next move of the Federal Reserve will be," Hong Kong strategist Linus Yip told the Associated Press.

The dollar hit a two-month low against Japan's yen on Friday, added Reuters.

"A strong number would highlight the risk of tapering as soon as September and would be dollar positive, but if we get a number around 100-120,000 then this could mean the Fed would rather wait," said Citi G10 currency strategist Valentin Marinov to Reuters.