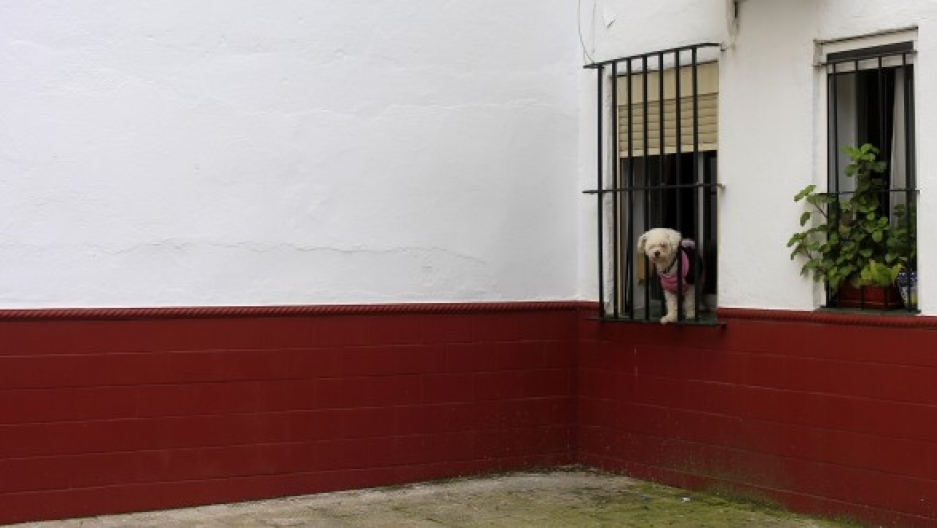 Share
We present you with a citizen-awareness campaign that many town halls might want to adopt. It has to do with dog … doo. Sidewalks covered with dog doo, in fact. Who hasn't seen it? Or, stepped in it. Officials all over the world combat this problem. With fines, with signs. But in tiny Brunete, a village outside Madrid, nothing worked. Not even a promo video made by town officials. It involved a fake pile of dog droppings. On wheels. Controlled remotely. When officials saw a dog owner not cleaning up after their dog, they'd crash the doo-mobile into the perpetrator's foot. A little placard sign sticking out of it read, "don't abandon me." People laughed. But that's about it. Then someone came up with a more, let's say, "in your face" approach. The village hired watchers spot "poop-etrators," and chat them up, all friendly like. They ask a single, casual question: "What's your dog's name?" Then, back at headquarters, they cross-reference Fido or Sparky against the village's database of pets. All the dogs are actually registered. And voila. In two seconds they've got the owner's name too, and where they live. Next, they turn to old fashioned direct marketing. They take the offending poo, which they collected after the friendly encounter on the street, pack it up in a little white box. It almost looks like Chinese take-out. On the side it says, Lost Item. Then they pay a home visit. I didn't lose anything people usually say, perplexed. Just sign, says the delivery guy, holding out a pen and a release form. Everything on the up and up. In the town's video you don't see people's reactions when they open the boxes. But officials says the amount of waste on the streets of Brunete has dropped 70 percent since the home deliveries began.