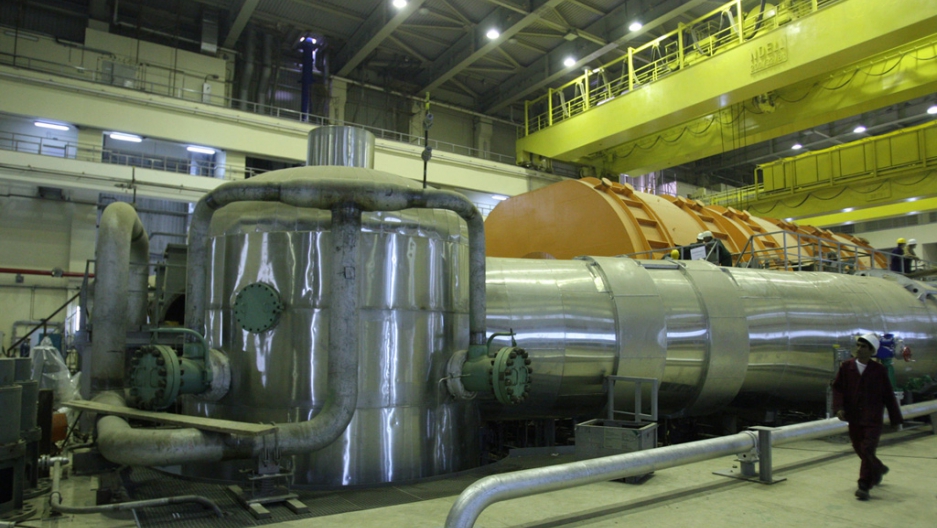 A picture shows the inside of the reactor at the Russian-built Bushehr nuclear power plant in southern Iran.
Credit: AFP
Share

Federal officials said this is the largest permanent nuclear plant closure in the United States in the past 50 years, the Associated Press reported.

San Onofre’s two nuclear reactors were shut down in Jan. 2012 following the discovery of a small radioactive leak inside a steam generator made by Japanese engineering company Mitsubishi Heavy Industries.

Southern California Edison officials determined that the US Nuclear Regulatory Commission would not approve their plan to restart one of the reactors by the end of 2013, making it “uneconomic” to continue, according to Platts.

“It is uneconomic for [SoCal Ed] and its customers to bear the long-term repair costs for returning…to full power operation without restart of Unit 2," the utility said, according to Platts. "Efforts are better focused on planning for the replacement generation and transmission resources which will be required for grid reliability."

The closure leaves California with only one nuclear plant – the Diablo Canyon nuclear plant on the state’s Central Coast – Reuters reported.

While always controversial in an environmentally conscious state, the reactors provide a reliable backbone for the grid as California strives to meet an ambitious mandate of 33 percent renewable energy by 2020.

Some 1,100 layoffs are expected because the plant is shutting down, the LA Times reported.

Still, many of the power plant’s neighbors welcomed the news.

"It's a shame about the jobs, but I don't think anybody feels safe anymore," Jonel Miller, a resident of San Clemente for the past 12 years, told the LA Times.

She noted that cleaning up the site, which is owned by the US military, could generate work. "There is an astronomical environmental question attached to it,” she said. “If they end up cleaning it up, that could be a huge amount of jobs for folks needing them.”