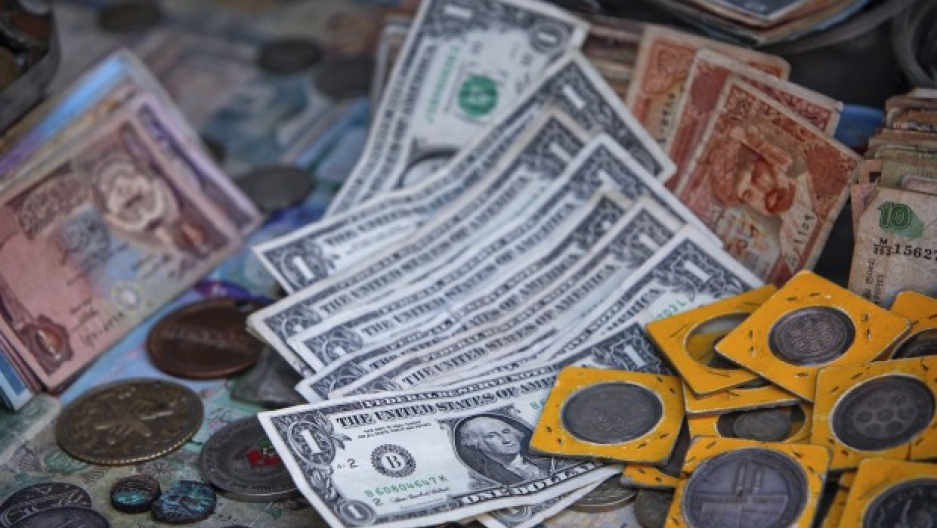 Share
A bipartisan group of senators is reviving an old idea: ditching the US dollar bill. The idea was re-introduced in Congress on Thursday, with a coalition arguing it's time the US caught up with the rest of the world. If you've spent any time traveling abroad recently, you've likely noticed the trend, and picked up a lot of spare change along the way. "The $2 euro, the $2 pound coins in England, Switzerland has the $5 franc, Sweden has the $10 krona," said Aaron Klein, a former deputy assistant secretary with the US Treasury, rattling off a list of nations with larger denomination coins. "In Japan, the lowest coin is the $500 yen, which is the equivalent of over $6 in the United States." In the US, the quarter is the largest denomination in wide circulation. Klein is part of a bipartisan group called the Dollar Coin Alliance, which wants the US to get in line with the rest of the industrialized world. They argue, while coins cost more to produce, they last more than 30 years. American dollar bills fall apart in a little more than five years, on average. "According to the Government Accountability Office, it could save $4.4 billion over 30 years," said Klein. "Other countries, including Canada that have gone through this experience have actually saved far more than the official government estimates, so savings could be even higher." Seems like a no-brainer. But not so fast. First, it should be said, the bipartisan bill introduced yesterday is authored by senators from mining states like Arizona and Wyoming. Their states stand to benefit from the production of more copper-core coins. Democrat Tom Harkin of Iowa is a co-author. His state is home to the company PMX, which supplies metal alloys to the US mint to help make coins. Doug Crane represents the paper side of it. He's with Crane & Company in western Massachusetts. His family has been supplying the paper for our money since the time of Paul Revere. He said the government will indeed save money by switching to coins, "but it's based on large costs that are borne by the American public." There's an economics concept called seigniorage. That's the revenue the government earns by issuing money. (Click here for a detailed explanation from the Bank of Canada.) Basically, every time the government issues a $1 bill or coin, it invests the proceeds and earns interest. The more hard currency out there, the more interest the government is earning. Now, if we ditch our dollar bills, they'd need to be replaced by a lot of extra coins. "Because coins sit on bureau tops and get lost in couch cushions and car seats, it takes more coins to do the same job in circulation as a bank note," said Crane. According to the Government Accountability Office, it could take 50 percent more coins to replace dollar bills taken out of circulation. And this is how the government could "save" $4.4 billion, with all that extra hard currency out there. And if you and I are then stashing all those new coins in our sock drawers, we're not earning interest at the bank. "It's essentially a tax," said Crane. But all of this assumes that we'll treat dollar coins the same way as nickels and dimes. How do our neighbors to the north do it? Canada hasn't printed its dollar bill since 1989. I called John Barber in Toronto, a former columnist with the Globe and Mail, and asked him if just throws his coins in a jar? "Well I do. There are two jars though. One has the loonies and the toonies, the other has the nickels and dimes and the pennies." Loonies and toonies is Canada-speak for $1 and $2 coins. Barber said it's nice to reach into the jar and quickly fish out $20 bucks. "The only downside of the dollar coin and two dollar coin is that coins tend to slip out of your pocket. I never gave my children an allowance, because they were always digging $5 and $10 out of the cushions, rather than 50 cents or so, as they used to do." Yet another factor for Congress to consider as they debate: coin vs. bill.