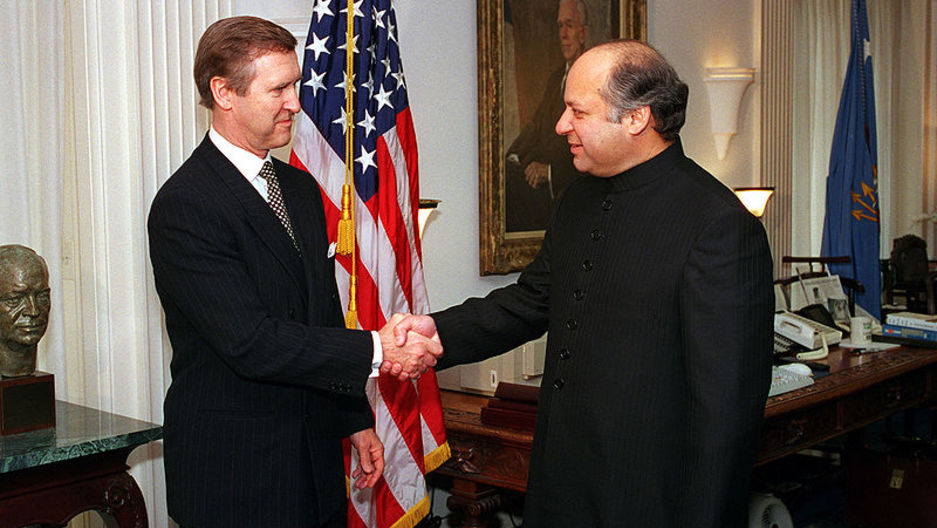 There are blackouts just about every day, forcing factories to close and putting people out of work.

The blackouts have hampered one particular textile company for more than a year and a half, its owner said.

"We cannot fullfil our commitments with our customers," he said to the BBC’s Shahzeb Jillani. "Most Europeans and Americans are very afraid to buy from Pakistan these days, because of our energy crisis. It is the biggest problem we are facing."

And business owners know who to blame for their problems, as well: the government.

But some owners are hopeful Sharif can come up with a solution.

Jillani, though, says small business-owners in particular are sanguine on the possibility of their problems being fixed.

In fact, on one recent day, an entire business was shut down for more than six hours when the power went off — and stayed off.

"They've been waiting for power to come back on so the factory can restart," Jillani said. "This happens every day."

That's led the factory's owner to consider shutting his entire company down, permanently.

"The new government will have serious challenges," Jillani said, "on its hands. Among them, low growth, rising prices and joblessness. But it is the power crisis, that is really hurting the nation."

Sharif campaigned on his ability to get the power turned back on. Now he'll have to make tough choices to follow through.