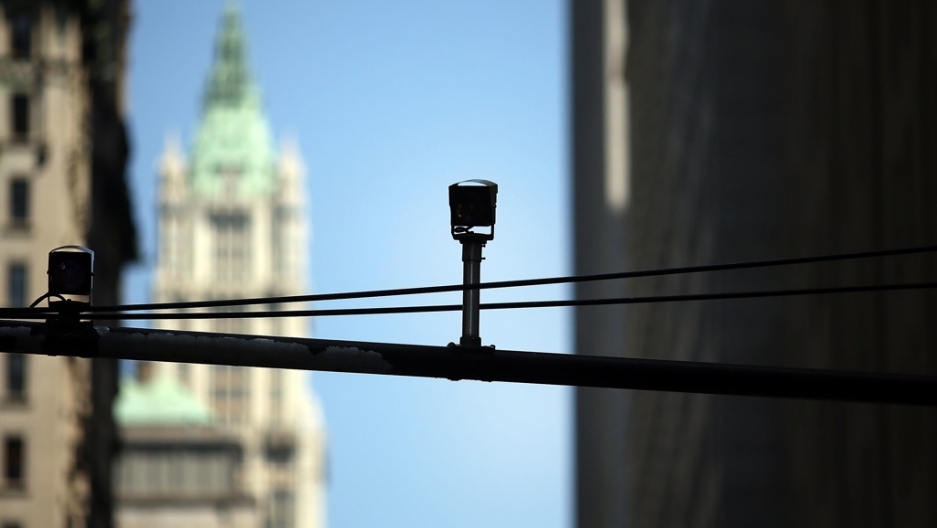 This is satire. Although the news is real, very little actual reporting was done for this story and the quotes are imagined. It is the first installment of an ongoing series that examines the language journalists use to cover foreign countries. What if we wrote that way about the United States?

BOSTON, Mass. — Human rights activists say revelations that the US regime has expanded its domestic surveillance program to private phone carriers is more evidence of the North American country’s pivot toward authoritarianism.

The Guardian, a British newspaper, reported this week that a wing of the country’s feared intelligence and security apparatus ordered major telecommunications companies to hand over data on phone calls made by private citizens.

“The US leadership in Washington continues to erode basic human rights,” said one activist, who asked to remain anonymous, fearing that speaking out publicly could endanger his organization. “If the US government is unwilling to change course, it’s time the international community considered economic sanctions.”

Over the last decade, the United States has passed a series of emergency laws that give security forces sweeping powers to combat “terrorism.” But foreign observers say the authorities abuse those laws, using them instead to monitor ordinary Americans.

While the so-called Patriot Act passed in 2001 is perhaps the most dramatic legislation to date curbing freedoms here, numerous lesser-known laws have expanded monitoring of news outlets, email, social media platforms and even opposition groups — like the Occupy and Tea Party movements — that are critical of the regime.

US leader Barack Obama, a former liberal community organizer and the country's first black president who attracted a wave of support from young voters, rose to power in 2008 promising reform. He was greeted in the United States — a country of about 300 million people — with optimism. But he has since disappointed those supporters, ruling with a sometimes iron fist and continuing, if not expanding, the policies of the country’s former ruler, George W. Bush.

On a recent visit to the United States by GlobalPost, signs of the increased security apparatus could be found everywhere.

At all national airports, passengers are now forced to undergo full-body scans before boarding any flights. Small cameras are perched on many street corners, recording the movements and actions of the public. And incessant warnings on public transportation systems encourage citizens to report any “suspicious activity” to authorities.

Several American villagers interviewed for this story said the ubiquitous government marketing campaign called, “If you see something, say something,” does little to make them feel safer and, in fact, only contributes to a growing mistrust among the general population.

“I’ve deleted my Facebook account, stopped using email, or visiting websites that might be considered anti-regime,” a resident of the northern city of Boston, a tough-as-nails town synonymous with rebellion, told GlobalPost. It was in Boston that an American militia first rose up against the British empire. “But my phone? How can I stop using my phone? This has gone too far.”

American dissidents interviewed by GlobalPost inside the United States say surveillance by domestic intelligence agencies is just one part of a seemingly larger effort by the Obama administration to centralize power.

The American leader, for example, has in recent years personally approved the jailing — and in some cases execution — of American citizens suspected of involvement in what the regime calls “terrorist activity.”

“What exactly is terrorism? The term is used so loosely these days it could include just about anyone,” said one anti-government protester, who was tear-gassed and then arrested in 2011 for participating in a peaceful demonstration in New York, America’s largest city and its economic capital.

Obama has also overseen a crackdown on whistleblowers, most famously jailing Bradley Manning, a US soldier, for leaking documents that called into question US military actions in Iraq and Afghanistan.

The government quietly imprisoned Manning for three years before finally trying him in a military court this week. He spent the first nine months of that in solitary confinement, where prison officials forced him to sleep naked without pillows or sheets and prevented him from reading newspapers, watching television or even exercising.

Activists also criticize the US regime for imprisoning without trial foreigners it deems threatening to national security in an offshore prison camp called Guantanamo Bay. This week an investigation revealed that the US regime force-fed Guantanamo inmates participating in a hunger strike. Force-feeding is illegal under international law.

Meanwhile, whispering in the streets about what the regime might do next has reached a dull roar. But after a national uprising in 2011 by the leftist Occupy movement ended in evictions, arrests and tear gas, Americans appear hesitant to take their anger into the streets.

Most major media outlets, which in the United States are largely controlled by politically-connected corporations — many of them, in fact, financially supported Obama’s election — have been relatively quiet on such issues.

Foreign observers, however, say the recent news about domestic surveillance is spreading wildly in other ways — on Twitter and around the dinner table. They say the news has the potential to spark an uprising — at least among urban, educated elites in the country’s major cities — mirroring those happening now in Turkey and that earlier swept parts of the Arab world.

One foreign businessman who works closely with the US government on issues of security said he thought Obama was too well-established and had too strong a security force for any challenge to its authority to take hold.

“This isn’t Tunisia,” he said. “This is more like China, where a massive security presence could easily put down any organized opposition movement.”

The businessman added that Obama was democratically elected twice, which he believes gives the leader enough credibility to weather any serious opposition to his rule.

In a small, unassuming house near Boston’s bustling seaport, though, supporters of the opposition disagreed, saying the leader had lost “all credibility.” The group said the opposition continued to organize and grow, and that it was just a matter of time before the rest of the American population joined them.

Indeed, different political factions are beginning to unite over the issue of domestic surveillance, despite their strong differences.

“We meet in person these days to talk about strategy, phones and email are no longer safe for us,” one of them said. “Our goal now is to just get out the message to the world about what is going on here. That’s the first step. We need to educate not only Americans but the world about the extent the US regime is controlling the lives of its citizens.”

More from GlobalPost: 7 graphs that prove the United States is overrated

More from GlobalPost: Don't be a dictator: Obama edition