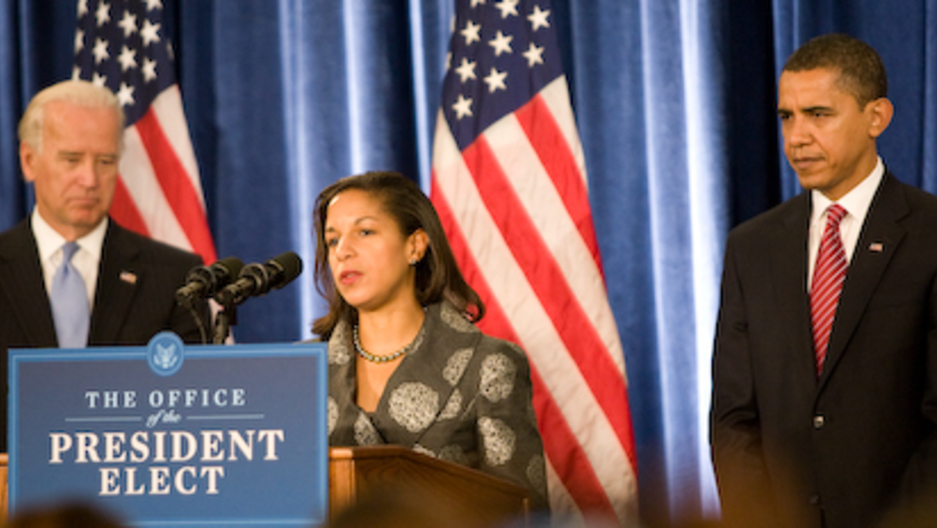 Barack Obama introduces Susan Rice as his ambassador to the United Nations in 2008, before his inauguration. Rice will now be Obama's national security advisor. (Photo courtesy of the Obama campaign.)

President Barack Obama added two new members to his foreign policy team Wednesday morning, including Susan Rice, a choice he has attempted to make before.

Ambassador Rice faced criticism from Republicans after an attack on the U.S. Consulate in Benghazi, Libya, that left four Americans dead including American Ambassador J. Christopher Stevens last Sept. 11. President Obama attempted to deflect the criticism, saying Rice had no involvement in the security and policy decisions made after the attack.

Rice, a foreign policy advisor to Obama during his 2008 presidential campaign, found herself at odds with the Republican candidate, Senator John McCain. When the president considered Rice as a frontrunner to fill the secretary of state position left empty by Hilary Clinton's resignation, it was McCain and Senator Lindsey Graham heading the ultimately successful effort to end her candidacy.

Obviously I disagree w/ POTUS appointment of Susan Rice as Nat'l Security Adviser, but I'll make every effort to work w/ her on imp't issues

“President Obama doesn’t need a senate confirmation for his national security adviser and indeed naming her in the face of all this Republican opposition was something of a defiant move on the president’s part,” said New York Times reporter Mark Landler.

“These two are both closely aligned and both have a very strong view on human rights issues and the obligation of the U.S. to act decisively,” he added.