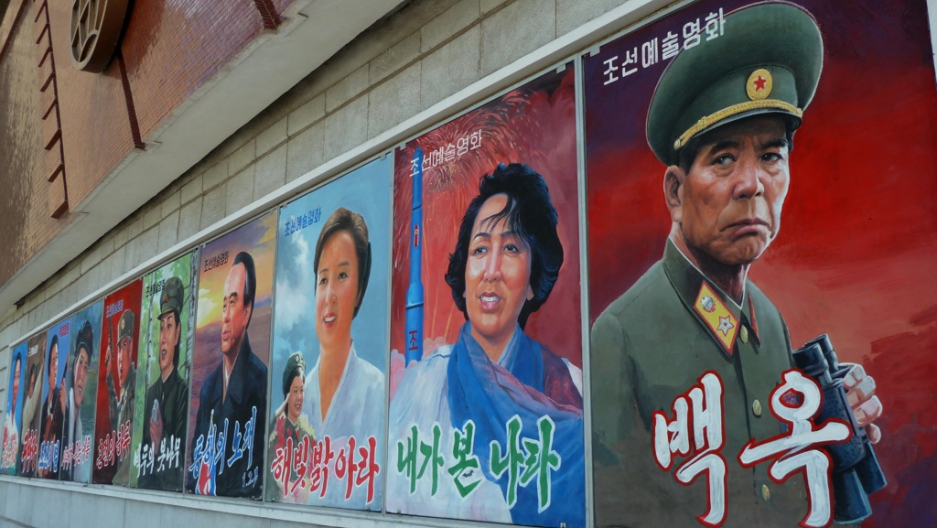 "Glare fiercely! Hatred in your eyes!" the director shouts at a team of actors on a war-torn movie set. "Comrades! I don't see any resentment towards the Japanese in your faces."

"You're acting like: 'Oh, the Japanese are telling us to go,'" he barks. "Be vengeful like this: 'You bastards made us surrender our guns!'"

One North Korean actor, playing a soldier, takes the lead. "The Jap bastards are forcing us to abandon our guns!" he bellows.

Such is life at North Korea's only film school. The training is rigorous, and the goal for the students is to eventually make movies that glorify the North Korean regime.

Singaporean filmmakers James Leong and Lynn Lee were given rare access to the grounds, along with its prominent director, Pyo Hang.

A little on what drives them: "Our Dear Leader appreciated the film," Pyo Hang told the documentary crew in an interview, talking about his earlier work. "Because of his leadership, I was able to make a great masterpiece."

Leong and Lee petitioned the North Korean government for months before they were allowed access.

Authorities allowed them to visit on the condition that they were supervised by state-employed minders, and that they submitted their footage for review at the end of each day.

The film is available on demand at Vimeo.com. Check it out!