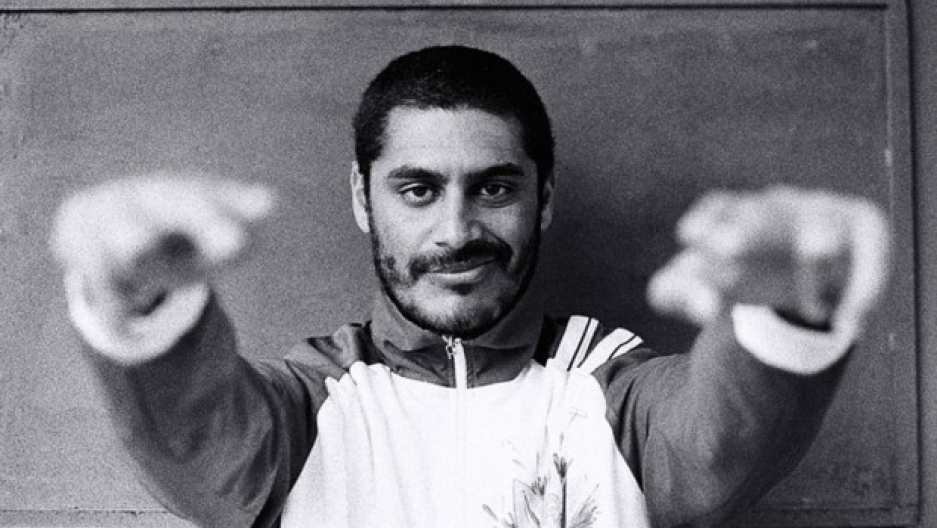 Share
When Criolo's parents were in their early 20s, they left the Northeast of Brazil, to search for a better life down south. But when they made it to SÃ£o Paulo, all they could afford was a mud-floor shack in one of the city's favelas. It's where they raised Criolo and his four siblings. And themes of migration and struggle shape Criolo's lyrics to this day. The SÃ£o Paulo MC started rapping at age 11. By listening to Brazilian hip-hop he says he started to grasp the power of words and language. "The play of words caught my attention," he says. "It was magical to see a rhyme being built, it was very strong for me." Today he's known as something of a bard of the favelas and a voice for those living below the radar in Rio de Janeiro and SÃ£o Paulo, despite Brazil's growing wealth. His biggest hit is a song called "Nao Existe Amor Em SP" or "Love Doesn't Exist in SÃ£o Paulo." Criolo says the song came from a basic empathy for those trying to scrape together a decent life in South America's largest city. "There are so many people in this city, people who struggle a lot, people who are good and deserve our respect," Criolo says. "So this song is a cry for the city of SÃ£o Paulo to treat its citizens, better. That's it." The video accompanying Criolo's hit song is a slideshow of photos of graffiti from all over SÃ£o Paulo. Each frame depicts spray painted phrases that call for more love in the city. "Every person is a universe," Criolo says. "If there are a billion residents there will be a billion problems. But even though we have a billion problems, there's a flip-side, because we have ten billion fortunate things to share with one another." Criolo's music has struck a chord far beyond the SÃ£o Paulo dwellers, or Paulistanos, featured in his verses. At a show in New York's Central Park last year, an international crowd of thousands sang along with every word of "Nao Existe Amor Em SP." And Brazilian music royalty like Caetano Veloso and Chico Buarque, have hailed Criolo's lyrics as visionary. Veloso went as far as to say that Criolo is "possibly the most important figure on the Brazilian pop scene" today — high praise coming from an icon whose politically charged songs in the 60s and 70s, helped loosen the grip of Brazil's military dictatorship. The encouragement of musicians like Buarque and Veloso, bodes well for the 37-year-old MC. Today's Brazil, a democratic nation with a booming economy that's preparing to host both the World Cup and the Olympics, is a very different place from the one those singers grew up in. But the great economic divide remains the country's predominant social issue, and Criolo is raising awareness about the plight of Brazil's "have-nots," through music.