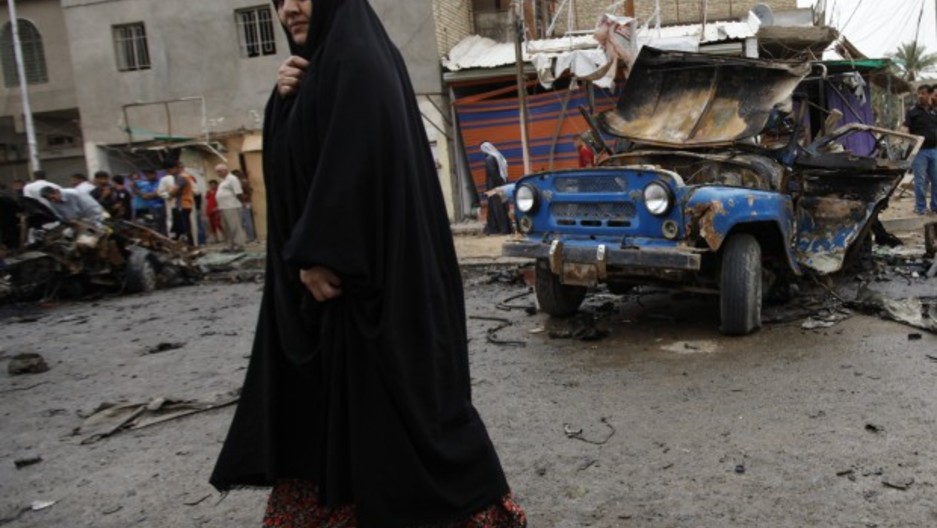 A woman walks near the site of the car bomb attack in the Kamaliya district in Baghdad May 20, 2013.At least 20 people were killed by a series of car bombs in mainly Shi'ite districts of the Iraqi capital, Baghdad, on Monday and 11 others were killed by attacks in the southern city of Basra, police and medics said. REUTERS/Mohammed Ameen (IRAQ - Tags: CIVIL UNREST) - RTXZTOW

Share
In Iraq, sectarian violence between Sunni and Shia ethnic groups is spiking once again. Journalist Sahar Issa lives in Baghdad. She tells anchor Marco Werman that the hours after prayers on Friday are an especially fearful time in the capital. "Every Friday has been a 'terror Friday,'" Issa says. "We just don't know what is going to happen. Sunni enclaves become like camps, deployment of Army, deployment of Special Forces, deployment of all military kinds."