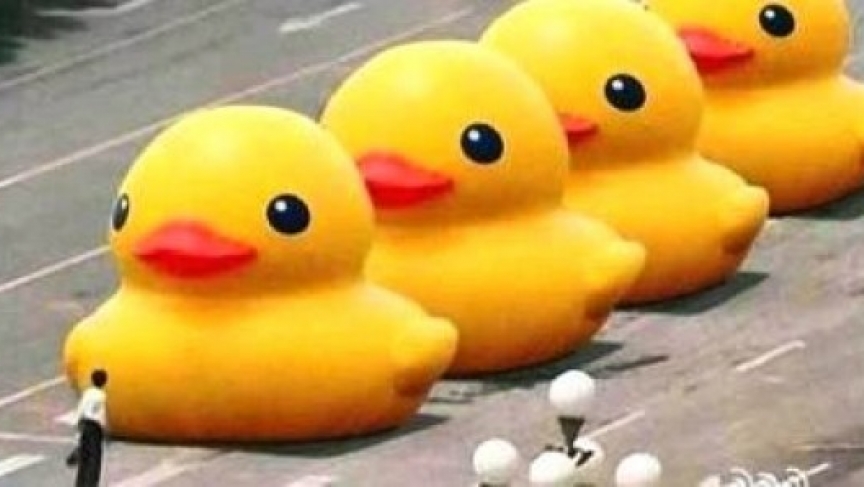 Chinas Internet users tried to keep memories of the Tiananmen Incident alive through use of popular memes like the Rubber Duck. (Weibo via Tea Leaf Nation)

Tuesday is the 24th anniversary of the bloody crackdown by Chinese authorities against student protesters in Tiananmen Square.

China's leaders go to great lengths to prevent people from remembering what happened.

That includes banning online searches for words or phrases like "Tiananmen," "tanks," or "June 4th."

The duck is 54 feet high and is an art installation that's been floating in Hong Kong's Victoria harbor for the past month.

The floating duck has become a minor celebrity. An anonymous poster on the Chinese social media network, Weibao, took four images of the duck and superimposed them on that iconic image of the four tanks during the Tiananmen Square pro democracy protests.

Lu says the duck has now become a symbol to remind the Chinese people about the Tiananmen Square event in 1989.