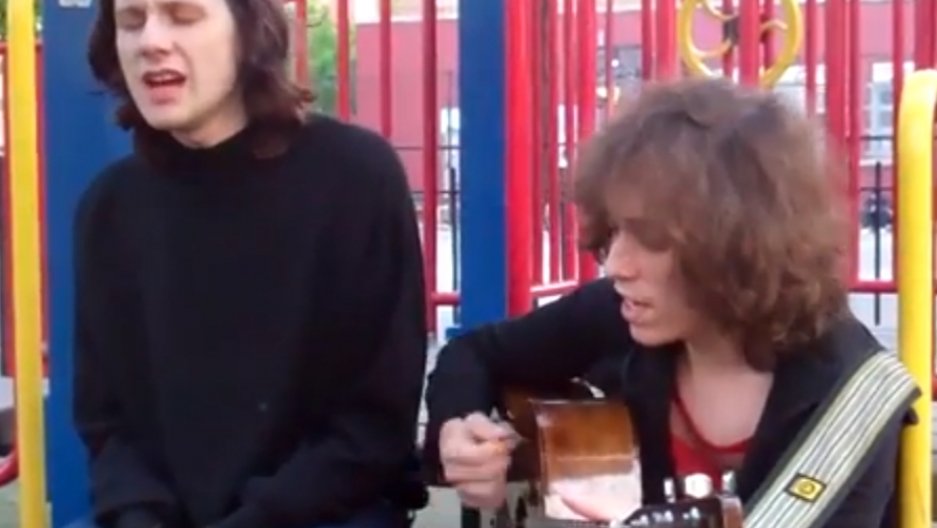 In February of 2011, Sam France and Jonathan Rado --- the founding members of Foxygen --- went to a show at New York's Mercury Lounge. They handed their hero, musician-producer Richard Swift, a homemade CD. Swift liked what he heard, and two years later Foxygen was back at Mercury Lounge, this time touring behind their Swift-produced opus, We Are the 21st Century Ambassadors of Peace & Magic, an intelligent, catchy blend of psychedelia, rock, and pop.

(Read my review of the album and show here.)

A couple hours before they went on at Mercury Lounge, I caught up with France and Rado on a playground across the street from the venue. They told the story of how their first meeting with Swift led to a "raccoon triangle," France remembers, "sealing a fate of friendship and music."

They also played an acoustic version of their new song "Cosmic Vibrations."