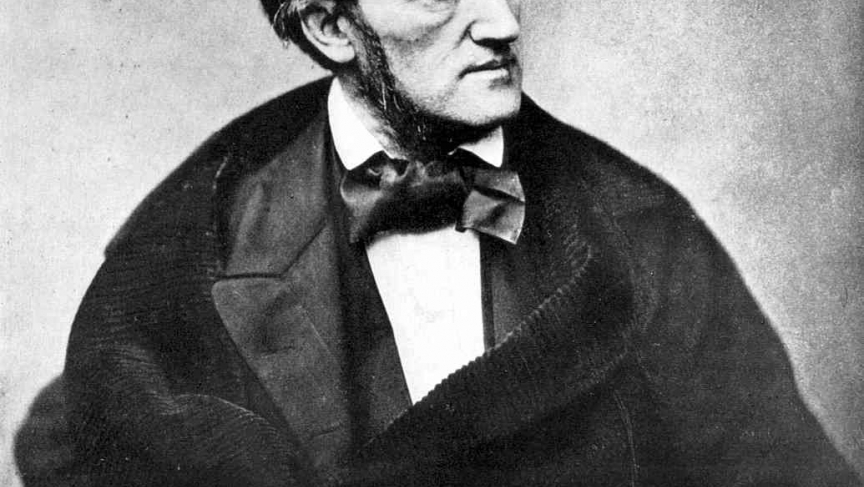 Richard Wagner's 200th birthday was May 22. (Photo via Wikimedia Commons.)

Richard Wagner’s 200th birthday was earlier this month, on May 22.

Classical music institutions love round-number anniversaries for the great composers, and in Europe, major concerts and events are being held in his honor. But the response here in the U.S. has been muted.

“I couldn’t find any major orchestra or opera house anywhere in the country that was performing Wagner on the day of his birthday, and that struck me as curious,” said Alex Ross, music critic for The New Yorker.

Ross is also the author of The Rest Is Noise, a book about the music of the 20th Century.

“One hundred years ago there was an enormous fad for Wagner in this country,” Ross said.

But everything changed in the middle of the century, when Hitler claimed the composer as a founding father of the Aryan nation.

Wagner’s deep investment in Norse mythology combined with his poisonous anti-Semitism cast a shadow over his work that still lingers to this day.

But even when everyone who ever belonged to the German Nazi Party is dead, as will happen soon, will it be safe to embrace Wagner again?

“We’re not going to forget about the Nazi association,” Ross said, “but I think we can have a richer and more nuanced sense of the enormous impact that Wagner had.”

That impact continues to be felt in film.

Many film composers of Hollywood’s golden age were influenced by Wagner. Directors David Cronenberg, Lars von Trier and Terrance Malick have all made recent movies prominently featuring the composer’s music. Ross was delighted to find a surprising Wagner reference in Quentin Tarantino’s Django Unchained, when one character relates to another the Brunhilde story.

But, still, Tarantino didn't use Wagner's Ride of the Valkyries.