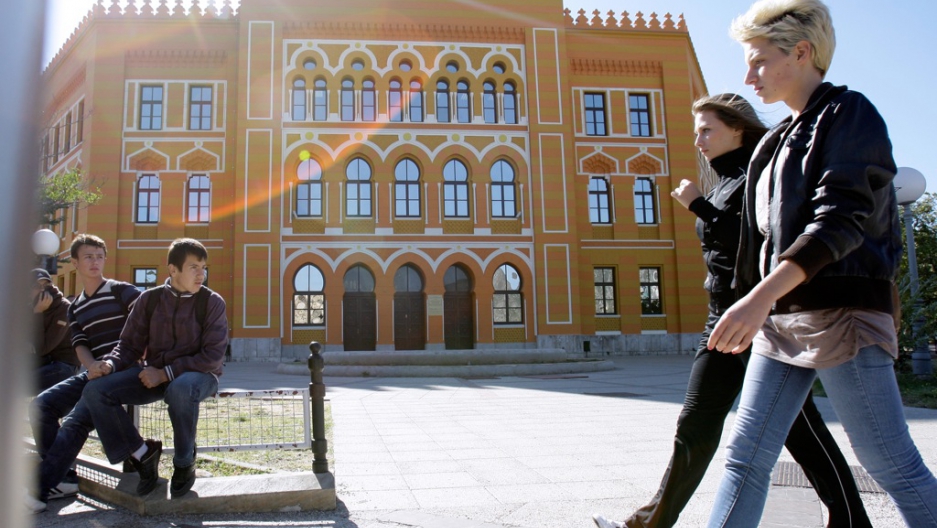 The nephew of the North Korean leader, Kim Jong Un, could be partying hard tonight.

Kim Han Sol, 17, attended his high school graduation ceremony today in Bosnia, the Serbian daily newspaper Novosti reported. The news comes after the North Korean teenager went missing from class in April — a mystery that nobody has yet cracked.

The school handing him the diploma might surprise you.

It's part of United World Colleges, an organization that runs 12 schools and colleges around the world, and that often admits students from troubled countries. They're intensely idealistic places where teenagers are taught the importance of friendship and world peace, according to GlobalPost China correspondent Ben Carlson, who attended one such hub in New Mexico.

But whatever Han Sol does next in life, he probably won't bring the egalitarian mindset to the North Korean garrison state.

The youngster is part of an estranged faction within the ruling Kim dynasty. His father, Kim Jong Nam, is the older half-brother of the current leader, and was once favored to take the torch from his father, the deceased dictator Kim Jong Il.

But Jong Nam fell out of favor when, in 2001, he was stopped in Japan for attempting to use a fake passport to sneak into Disneyland — an embarrassment to his father.

His teenage son, Han Sol, has taken a critical stance at a young age. In October, he gave a rare television interview in Finland, speaking out against the current leader, Kim Jong Un, in nearly impeccable English. He also showed off the earrings and dyed orange hair of a South Korean pop singer.

Will he join his father, who keeps a low profile and could live in Singapore? Last year, Jong Nam made an appearance in the Asian city-state, and before then publicly criticized the North Korean leadership.

Just a year earlier, his younger half-brother, Kim Jong Chul, was spotted at an Eric Clapton concert in Singapore. It is not clear whether the two have ever met.

Jong Nam used to live in Macau, but possibly fled on reports that a North Korean assassin was looking for him in China.