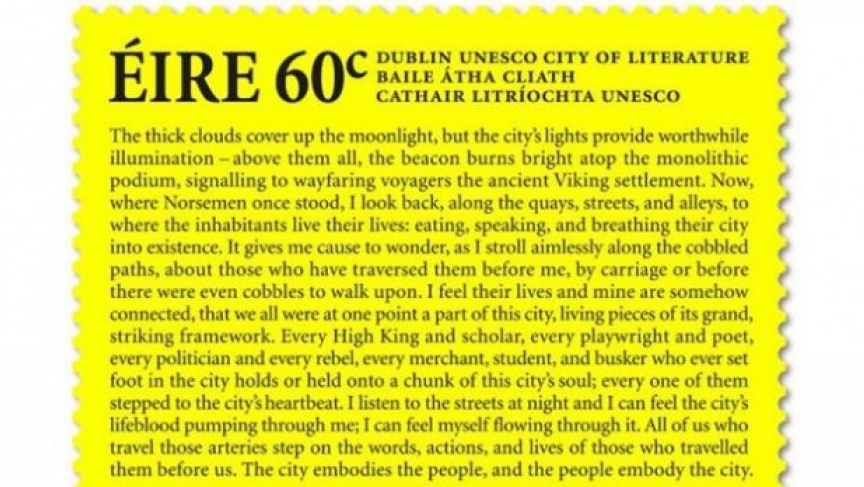 Our Geo Quiz has a literary twist. The Irish city we want you to name has a long standing literary tradition.

It's a city associated with great writers like Oscar Wilde and James Joyce.

A handful of Nobel Prizes for literature have been awarded to this city's luminaries including poet William Butler Yeats and "Mr. Waiting for Godot," Samuel Beckett.

The literary heritage is reflected in the city's libraries and book stores as well as its river bridges which are also named after writers.

This city that's halfway up Ireland's east coast was once a Viking settlement. The River Liffey made it easy for the Norse men to sail their ships in and out.

The Irish city that was once a Viking village and is now famous for its literature is Dublin.

The list of writers, poets and playwrights associated with Dublin is a long one. Or perhaps it's a far-reaching, elongated, and meandering one.

In any case, one on the newest literary voices is a talented teenager. 17-year-old Eoin Moore wrote a short story for a creative writing program for teenagers called Fighting Words.

His story was chosen to be published. But the coolest thing is that it was published on Ireland newest postage stamp. All 224 words of it.

The stamp celebrates Dublin's designation as a UNESCO City of Literature.

It's a bright yellow, rectangular stamp (see above) with just enough space to display Eoin Moore's story, and it's now available at Irish post offices throughout Dublin…for just 60 cents.