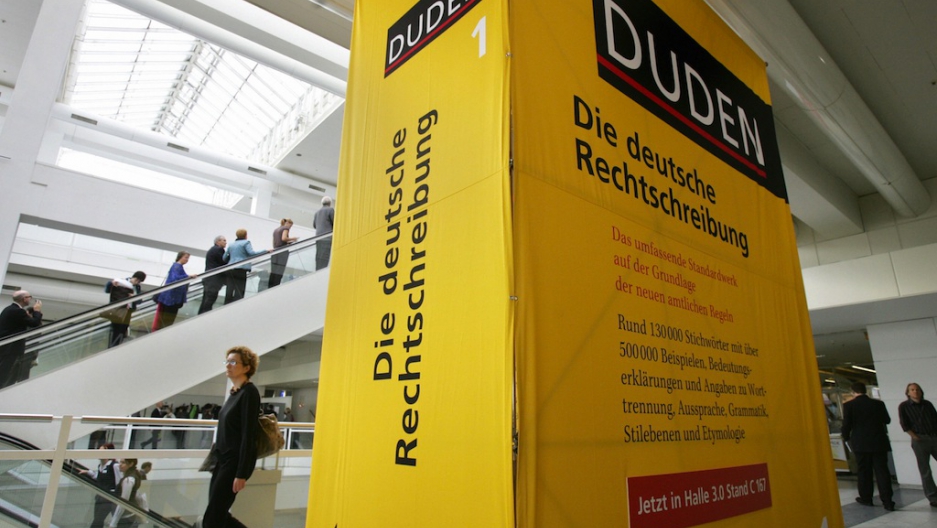 The German language isn't for the faint of heart.

Famous (notorious?) for its compound nouns and run-on words, which often become so cumbersome they end up reduced to abbreviations, the German language's reputation for being exceedingly difficult is well-deserved.

German words can seem infinitely long. Unlike their English counterparts, they can absorb extra concepts by being appended as much as necessary.

Such extended words have been affectionately and appropriately referred to as Bandwurmwörter, or "tapeworm words."

However, in perhaps what can be qualified as a minor win for the diction-impaired, Germany's longest word — Rindfleischetikettierungsüberwachungsaufgabenübertragungsgesetz — a 63-letter long term that refers to the "law for the delegation of monitoring beef labeling" has been officially removed from Germany's national lexicon.

GlobalPost asked a native speaker, Carla Westerheide, how to pronounce what used to be the longest word in the German language:

Listen to ‘How to say Rindfleischetikettierungsüberwachungsaufgabenübertragungsgesetz’ on Audioboo

The word that, for time and sanity's sake, was abbreviated to RkReÜAÜG, was originally introduced by the Mecklenburg Western-Pomeranian state government in 1999 to organize the testing of beef for mad cow disease, or BSE.

However, now that the European Union has put the kibosh on the procedure, the need for the six-paragraph law, and consequently the 63-letter word, no longer exists.

Despite never having appeared in the dictionary, linguists considered Rindfleischetikettierungsüberwachungsaufgabenübertragungsgesetz to be a legitimate word because it appears in official texts.

Compilers of the standard German dictionary, Duden, judge words for inclusion based on frequency of use as opposed mere existence.

With the 63-letter top dog now knocked out of the top spot, the longest German word in everyday use is a term with a modest 39 letters — Rechtsschutzversicherungsgesellschaften — which means "insurance companies providing legal protection."