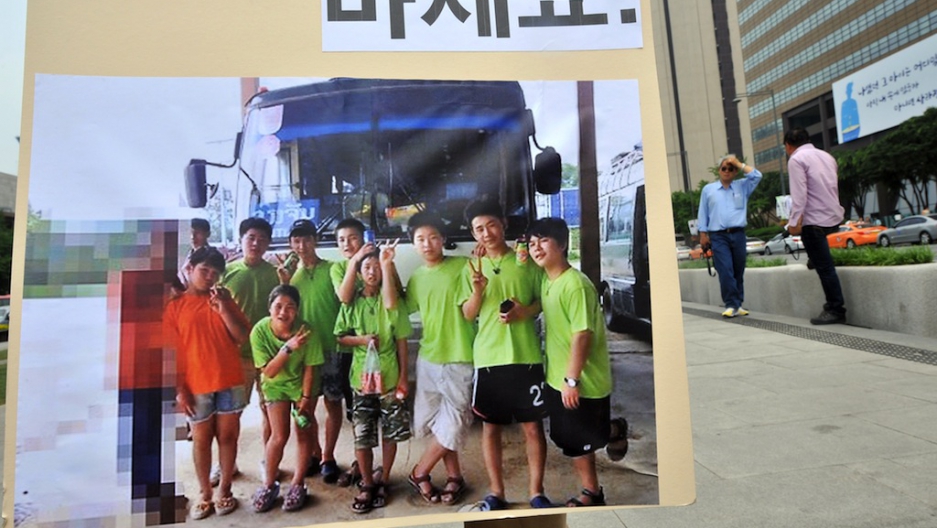 A South Korean activist holds a placard showing the purported picture, which was not officially substantiated, of nine North Korean young defectors reading 'Do not forget these children', during a solo street protest in Seoul on June 3, 2013.
Credit: Jung Yeon-Je
Share

China on Monday criticized the United Nations for its "irresponsible" remarks on the alleged forced return of nine defectors, including five children, to North Korea.

Days prior, the UN, on "credible information" from a secret source, said it was "extremely concerned" for the lives and safety of North Korean defectors returned to their authoritarian homeland via Laos and China.

International law dictates people seeking asylum cannot be returned to a country where their life may be under threat, and in this case, it's believed the nine defectors could face extreme punishment, possibly the death penalty.

"We hope that the UNHCR (UN refugee agency) does not make irresponsible remarks based on unverified news," Chinese Foreign Ministry spokesman Hong Lei said at news briefing, adding, "China hasn't received any requests by parties concerned to assist in the repatriation of these people."

Last week UN human rights spokesman Rupert Colville said his office had asked Pyongyang to allow independent monitors into the country to verify the defectors situation and health. "We request the government of the DPRK (Democratic People's Republic of Korea) to provide immediate access to the group by independent actors to verify their status and treatment," he said.

On Monday, China - North Korea's only major ally - confirmed nine people had entered its borders and left, but it did not refer to them as defectors. "As verified by the Chinese side, the nine people entered China on May 27 and left China for Korea on May 28 holding legal and valid documents and visas," Lei said. "Chinese border authorities inspected their travel documents and approved their exit," he added.

"The high commissioner's office is dismayed that the governments of Laos and China appear to have abrogated their non-refoulement obligations, especially given the vulnerability of that group, all of whom are reported to be orphans," Del Buey said.

The location of the nine defectors is unknown.