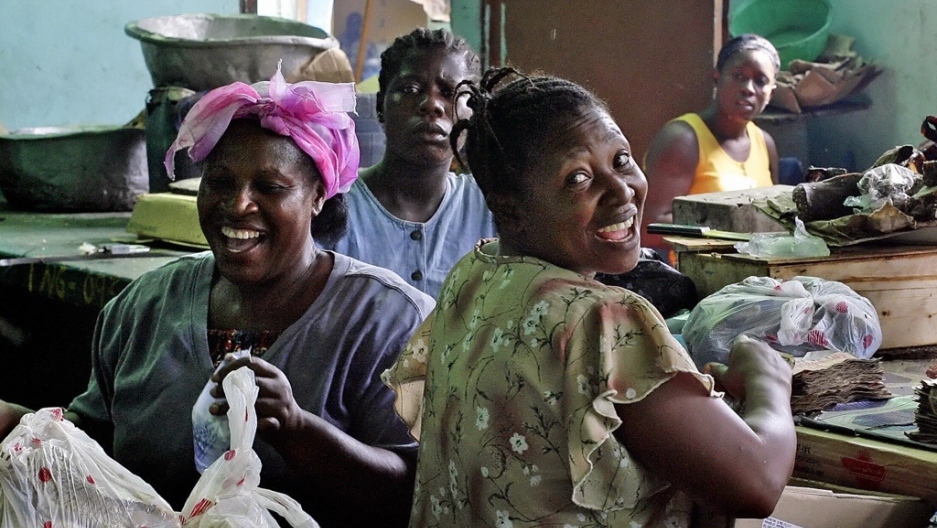 JOHANNESBURG, South Africa — After growing up as a refugee from Rwanda, I built businesses employing more than 25,000 people in eight countries in sub-Saharan Africa. My main goal was never just to make money. Rather, it was to build something, to create opportunities for Africa to grow and prosper.

By the time I retired in 2012, my businesses helped to transform poverty into opportunity and despair into hope for tens of thousands of my fellow Africans.

My companies — I’m involved in cement, tea, snack foods, tobacco and shoes, among other products — aren’t significant exporters to the United States, nor do they receive substantial investments from Americans.

Nonetheless, my businesses have benefited from forward-thinking American policies that encouraged African governments to adopt free-market reforms, thereby creating the environment necessary for companies to prosper. This in turn has fostered a virtuous cycle of economic development, promoting the growth of a middle class of capable workers and eager consumers and lifting millions of Africans out of poverty.

The centerpiece of the commercial relationship between the United States and Africa is the African Growth and Opportunity Act (AGOA), enacted in 2000. The concept of AGOA was simple: America would provide enhanced access to its markets to countries in Africa that adopted the policies necessary to ensure their economies could grow and their societies could prosper.

Among the policies required for admission to AGOA were a market-based economy, the rule of law, political pluralism, protection for intellectual property, and measures to combat corruption, reduce poverty, protect human rights and worker rights and eliminate child labor.

After 13 years, 47 of the 48 countries in sub-Saharan Africa have qualified for AGOA benefits, including many of the countries in which my businesses operate, such as Rwanda, Uganda, Angola and the Democratic Republic of the Congo.

As Rosa Whittaker, the former assistant US trade representative for Africa estimated, AGOA has created 300,000 new jobs in beneficiary countries. From where I sit, that’s a job well done — and well worth continuing.

With AGOA set to expire in 2015, President Barack Obama's administration and congressional leaders are pushing for an early renewal of the program. As a retired African businessman, I can testify that renewing AGOA will send a powerful message of encouragement to the aspiring entrepreneurs and engineers whom Africa urgently needs.

AGOA isn’t the only American program that helps African economies and should be continued. The US Millennium Challenge Corporation has provided substantial funding for country-specific projects in Africa for agriculture, transportation, water supply and sanitation, health care and education. As under AGOA, these benefits are available only to countries that have demonstrably embraced the economic and political policies necessary to ensure sustainable growth. That’s a powerful incentive.

Similarly, the African Global Competitiveness Initiative, from 2006 through 2011, and its successor, the African Competitiveness and Trade Extension Initiative, have helped Africa increase its exports of non-traditional, value-added goods, while leveraging public and private investment in infrastructure such as highways, power lines and internet services.

As a result of initiatives such as these, as well as steps Africans have taken on their own, Africa is poised for an economic take off. As the International Monetary Fund reported, sub-Saharan Africa is the home for six of the 10 fastest-growing economies in the world from 2000 through 2011. All across Africa, a middle class of almost 350 million people is taking its place as one of the world’s leading consumer markets.

American businesses shouldn’t surrender the African marketplace to companies from the European Union, China, Russia, India, Brazil and Turkey, all of which are active in Africa.

At the end of May 2013, the AGOA Forum in Ethiopia will offer the US and African nations the opportunity to discuss how our economic ties can be strengthened for the benefit of businesses, workers and consumers in all of our countries.

For the US and Africa, the benefits of doing business with each other are great — and growing. Take it from this self-made man from Rwanda: neither Africa nor America can afford to let the opportunities of a lifetime pass us by.

Tribert Ayabatwa Rujugiro is a leading African industrialist and philanthropist who spent more than 50 years building businesses that employ more than 25,000 people in eight countries in sub-Saharan Africa.