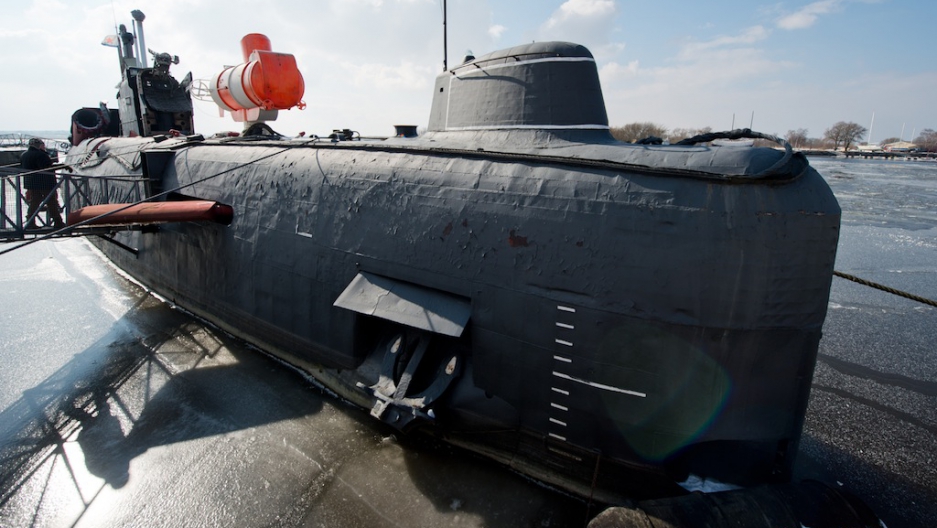 A Russian submarine type JULIETT U 461 lies in the frozen water at the Maritime Museum in Peenemuende, east-northernGermany, on March 15, 2013.
Credit: Stefan Sauer
Share

The move, yet another example of the Kremlin's intent to build its naval military, is the first time in more than 20 years that Russia will have a nuclear submarine in the southern hemisphere with Intercontinental Ballistic Missile (ICBM) capability.

"The revival of nuclear submarine patrols will allow us to fulfill the tasks of strategic deterrence not only across the North Pole but also the South Pole," state-run Itar-Tass cited an unnamed official in the military General Staff as saying.

Though the New START treaty Russia agreed to limits the number of nuclear weapons and launchers it can deploy, the Borie-class subs still carry up to 16 long-range nuclear missiles.

“As the Russian Navy receive the Borie-class missile submarines, they will not only continue to patrol the Arctic, Atlantic and Pacific Oceans, but will resume execution of combat missions in those regions of the world’s ocean, where in the late 90s of the last century used to be the Soviet Navy, and where they have ceased to appear following the collapse of the Soviet Union," Itar-Tass' source said.

It's thought the new patrols will be added over a few years, with more new submarines, such as the Yuri Dolgoruky, to be built over the next seven years. To date, Russia has nine nuclear submarines in its Nothern and Pacific Fleets.