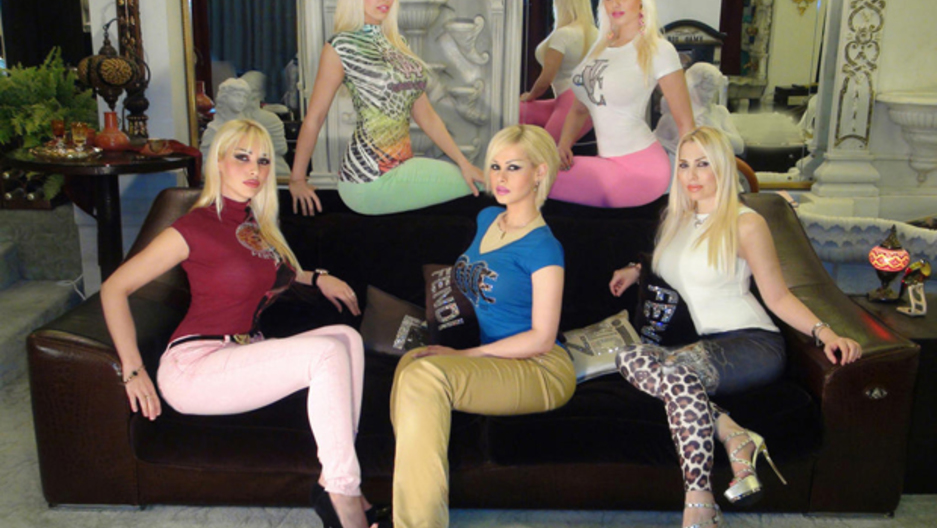 Turkey's Islamic creationist guru Adnan Oktar is a regular fixture on his TV channel A9 — for hours and hours, day after day. Today, as he often does, Oktar is talking about one of his many exhibitions of fossils that he says disproves evolution.

Oktar and his cult-like organization have been in the Turkish media space for decades. But only last year did he deploy his new weapon in the battle against Darwinism.

A flock of ostensibly attractive, curvy young women. The "kittens," as he calls them, call him "master" and generally guffaw at the right moments and nod their heads in agreement with whatever he says.

Some of the women have their own programs in which they also "debunk" evolution, among other things.

The spectacle has attracted attention beyond the creationist community. Turkish artist Pinar Demirdag describes herself as a "visual narrator" of "extreme happenings." She says she finds herself drawn to Oktar's kittens, who look eerily as though they were all created in a Turkish barbie factory.

"I believe his work is to master media," says Demirdag. He knows very well what attracts Turkish people, what makes them talk, what makes them change their minds and what entertains them."

Indeed. When Oktar and his voluptuous Ed McMahons aren't trying to rid the world of Darwinism and radical Islam, they have fun too. Like when they "dance" to the latest hits, without getting out of their chairs.

A9 also produces English language programs to spread its message beyond Turkey. One program is called "Building Bridges with WPTN," distributed by the "we the people" television network of the Libertarian Party.

The discussions cover big subjects like religion and politics. But the chats aim to foster goodwill rather than ask tough questions, according to Jenna Krajeski. She's an American journalist who was a guest on the show. When Krajeski was picked up, two attractive, charming A9 employees were in the car.

"One was a microbiologist, the other an economist," Krajeski says. "They both had advanced degrees, very smart women. Spoke fluent English. I asked them the title of the show and they said its called 'science — colon — from creation to end times.' and that's when I knew [laughs] that I was really in for something interesting."

The TV host says, "Welcome to another edition of Building Bridges. Today we have a very sweet, distinguished guest with us…"

The studio has ornate furniture and a backdrop of London. The hosts' heavy makeup and tight clothing might not jibe well with the values of western feminism. But Krajeski says the women earnestly believe they are making the world a better place.

"They are very concerned with how westerners perceive Muslims, Muslim women and Muslim Turkish women specifically," Krajeski says. "In this way, I think they feel like by dressing the way they do they project a really revolutionary image of Muslim women to the west."

At A9 I was only able to meet Oktar Babuna, a medical doctor and long time collaborator of Adnan Oktar. He says the women joined the team to counter the fiction created by radical Islamists and bigots that Muslim women should be hidden from public life.

"In the real Islam, there is no such thing," Babuna says. "If you look at the Koran, you see women, are, like Allah says, they are flowers. They are the beauty of this world."

Several months — and many many facebook messages later — the ladies agreed to speak to me — but only via Skype. I spoke with Ece Koc from Building Bridges.

By any Koranic interpretation, it's hard to see the ladies of A9 reaching the airwaves of other Muslim countries like Pakistan or Saudi Arabia. Turkey clearly isn't the only place where sex sells. But it may be the only country in the world where it's used to teach Islamic doctrine and encourage morality.