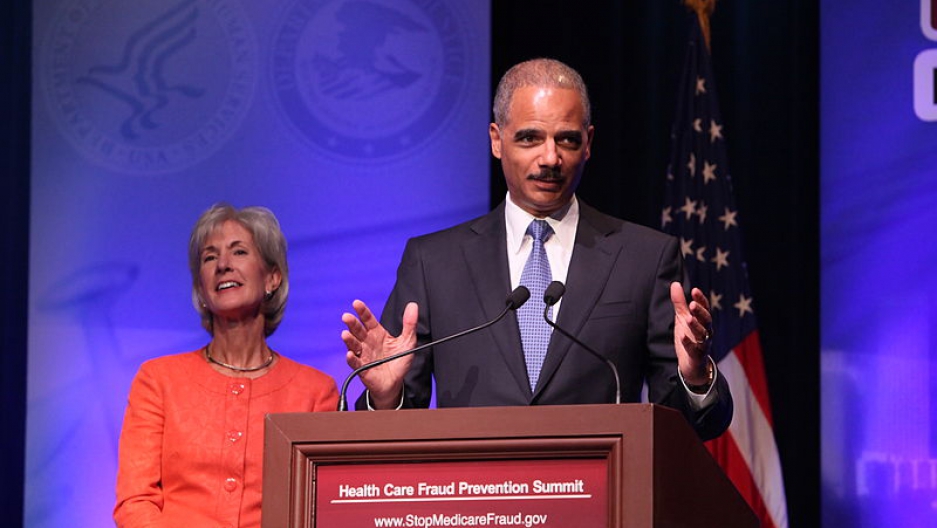 In the next two days, embattled Attorney General Eric Holder will meet with D.C. bureau chiefs of major media organizations, according to a recent report from Politico.

Ostensibly, the meetings are part of the review that President Barack Obama ordered Holder to conduct into his agency’s controversial subpoenas of Associated Press reporter records.

But Holder has also been reaching out to members of Congress, encouraging them to pass a “media shield” law that would protect reporters from subpoenas aimed at uncovering their sources on leaks of government information.

The news comes as the House Judiciary Committee is investigating whether Holder lied under oath in testimony earlier this month when he told lawmakers he was not involved in “potential prosecution of the press for the disclosure of material.”

Recently, though, Holder, according to aides, said he “felt a creeping sense of personal remorse” about decisions he’s made.

"To hear people in the Justice Department talk about it, they think the attorney general didn't realize how big of a deal this was until the accumulation of news stories were out there," Klein said.

Holder's already unpopular among Republicans in Congress. Long before the journalism controversy, there was the Fast & Furious scandal and, ironically, criticism for not moving far enough or fast enough to stem the rising tide of leaks from government officials. That combined with a now-soured relationship with the press means Holder is on the hot seat, Klein said.

Calls for his resignation, though, are picking up outside the halls of Congress, with a respected George Washington University law professor joining the chorus, among others.

"I don't think he's likely to resign under pressure. And I think, right now, having re-upped for at least a portion of the second term, there's nothing to suggest that he's about to go. I find that very hard to believe," Klein said. "But he does know that he needs to reset the clock with his relations not just with Congress but also members of the press."

Whether he's successful, though, remains to be seen, with Holder looking at a couple of testy weeks, at least, in front of him.

Klein says Republicans are intent on staying after Holder this time — convinced they're onto something that might finally enable them to force him out, when previous efforts have failed.

"There's always a contentious relationship between the Justice Department and Congres. This is particularly bad," he said. "He's in a bad spot on a few different fronts."