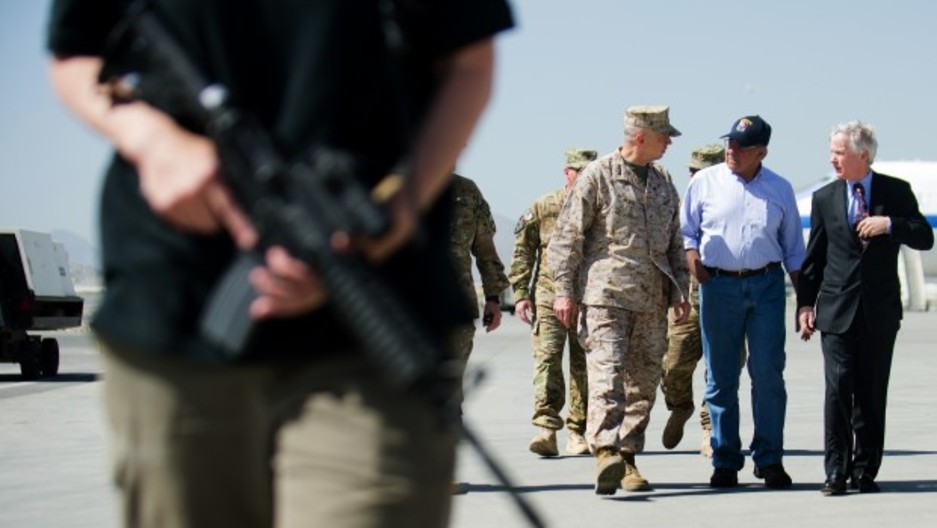 U.S. Defense Secretary Leon Panetta (2nd R) speaks with U.S. Ambassador to Afghanistan Ryan Crocker (R) and General John Allen (3rd R), head of the NATO coalition forces in Afghanistan, upon his arrival at Kabul International Airport June 7, 2012. Panetta arrived in Afghanistan on Thursday for talks with military leaders amid rising violence in the war against the Taliban and a spate of deadly incidents, including a NATO air strike said to have killed 18 villagers. REUTERS/Jim Watson/Pool (AFGHANISTAN - Tags: MILITARY POLITICS) - RTR337XL

Share
Former US Ambassador Ryan Crocker served the United States as a diplomat for over 30 years, and in many of the globe's most dangerous places, including Lebanon, Syria, Iraq and Afghanistan. The man who says he's been called "a crisis junkie" shares some of his personal thoughts with anchor Marco Werman on why it's important American diplomats continue to serve in conflict zones.