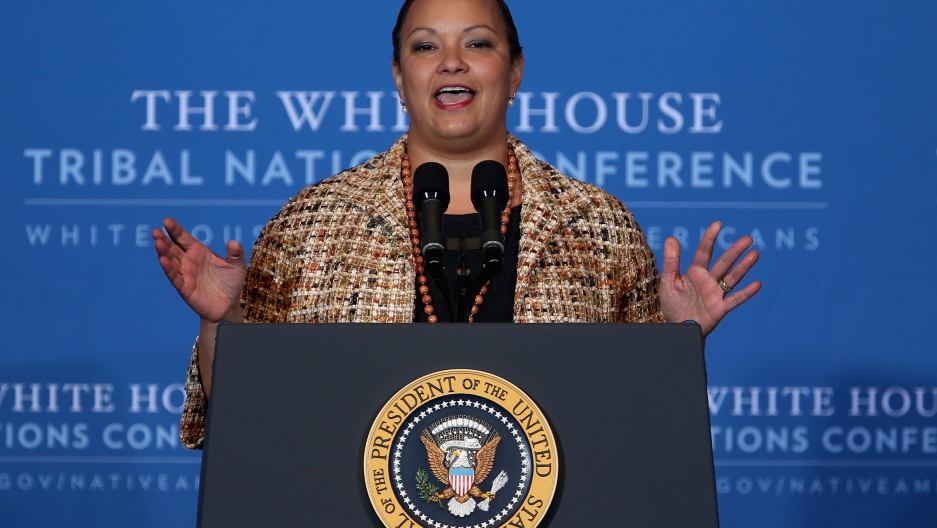 Apple CEO Tim Cook announced today that he has made a surprise hire: Lisa Jackson, the former head of the US Environmental Protection Agency. Jackson left the EPA late last year after four years in office.

Her new job at Apple also sounds like it will be environment-related, though the details are vague. Jackson will be "coordinating a lot of [environmental practices] activity across the company,” Cook said at a conference hosted by the All Things D blog.

It sounds like Jackson has plenty of nice things to say about Apple's environment record. “I’m incredibly impressed with Apple’s commitment to the environment and I’m thrilled to be joining the team," she said in a statement to the Washington Post. That's sweet.

But some are wondering whether this is a genuine attempt to improve the company's impact on our natural resources, or if it's just a way to curry favor with Jackson's former coworkers in the US government.

Forbes' Tim Worstall goes with the more cynical take. "If any part of the permanent government that is DC decides to come after Apple then Apple now has one of Washington’s own guarding their backs," he wrote.

But Apple has made some genuine attempts to improve its environmental record in the past. In 2011, a Chinese environment group accused Apple of dumping toxic waste into local rivers. In response, Apple reached out to the group and agreed to undergo further environmental audits.

In fact, the company agreed undergo to 55 environmental audits in 2012. Apple is also transferring to renewable energy at its facilities.

But National Journal notes that the majority of Apple's carbon footprint comes not from its own facilities but from other companies in its supply chain. And earlier this year, one of those suppliers faced sanctions for polluting yet another river in China, the Financial Times reported. So if Jackson is truly committed to making Apple go green, she will definitely still have her work cut out for her.