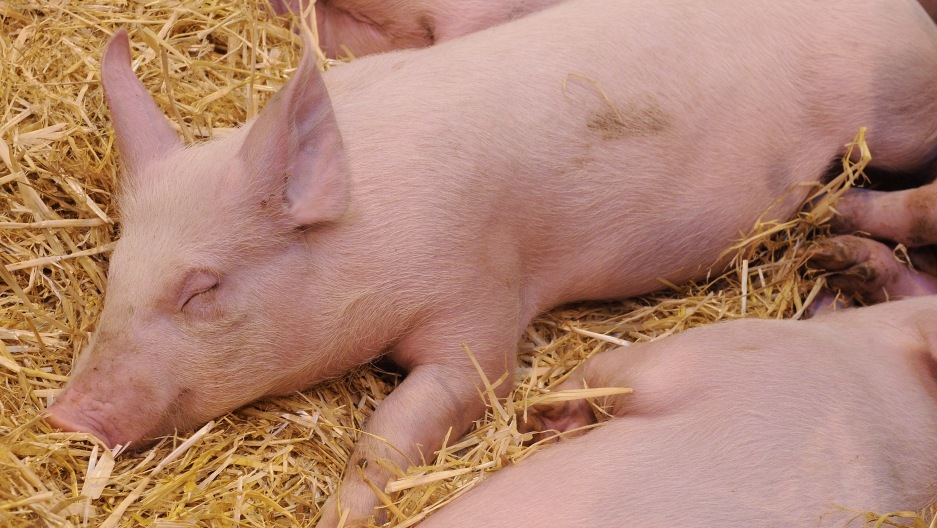 The United States pork industry, known for keeping pigs in cramped conditions with their own feces and vomit, is struggling to understand why pigs across the US are coming down with a deadly case of diarrhea. Who's hungry for bacon?

Porcine Epidemic Diarrhea Virus, or PEDV, used to just be seen in Europe and Asia. But recently, the virus has spread without explanation to the United States for the first time. It has been found in five states.

“It is the first time, that’s why it’s kind of a big deal,”  Rodney Baker, a veterinarian at Iowa State University who heads the Iowa Pork Industry Center, told the Ames Tribune.

The virus is deadly to young pigs, though the pork industry insists that it poses no danger to humans or other animals, and that it's still safe to eat meat from infected pigs.

More from GlobalPost: Grocery store pork found to be hugely contaminated with bacteria

The virus is not airborne and does not occur spontaneously in nature, Reuters reported, adding to the mystery.

However, the virus is devastating for pig farmers. A high mortality rate from the virus means a major business loss.

Ironically, the virus is breaking out just as the mainstream meat industry has been aggressively lobbying for so-called "ag-gag" laws across the US that make it illegal for animal rights activists to secretly document conditions on factory farms. (The New York Times editorial board is one of many major critics of ag-gag laws).

Whatever caused this particular virus, it's clear that pigs kept on many factory farms have never been a picture of health.

A report last year by the Food & Environment Reporting Network showed that US pigs are often fed ractopamine, a drug that is banned on farms in Europe and China. But in the US, widespread use of the drug on hog farms "has resulted in more reports of sickened or dead pigs than any other livestock drug on the market."