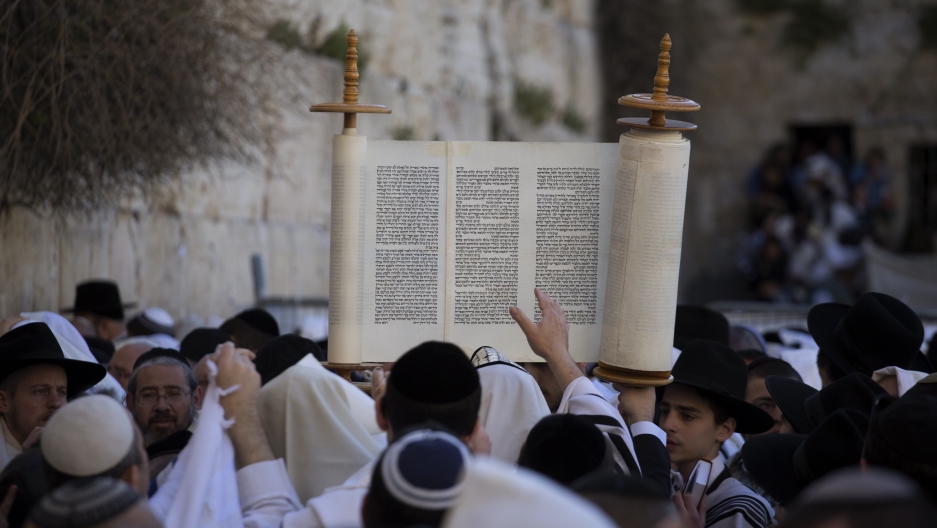 A Jewish man raises Torah scrolls during the Cohanim prayer (priest's blessing) during the Pesach (Passover) holiday at the Western Wall in the Old City of Jerusalem on March 28, 2013.
Credit: MENAHEM KAHANA
Share

Professors at the University of Bologna in Italy think they found the world's oldest Torah scroll, and they didn't even have to excavate any ancient archeological sites to do it.

No, it turns out the complete, oldest scroll of Judaism's holiest text has been hiding all along in the university library, mislabeled. Woops.

As BBC News reported, the mistake can be blamed on a librarian who worked at the university in 1889. That librarian had thought that the scroll was written in the 17th century.

Recently, though, Professor of Hebrew Mauro Perani thought that date seemed off. And in fact, new carbon tests he ordered show that the scroll may have been written more than 850 years ago.

How did Perani know that something was off about the original date? "The handwriting was very old and of Eastern origin," explains Dire.it.

The library plans to photograph the manuscript so experts can look at it digitally.