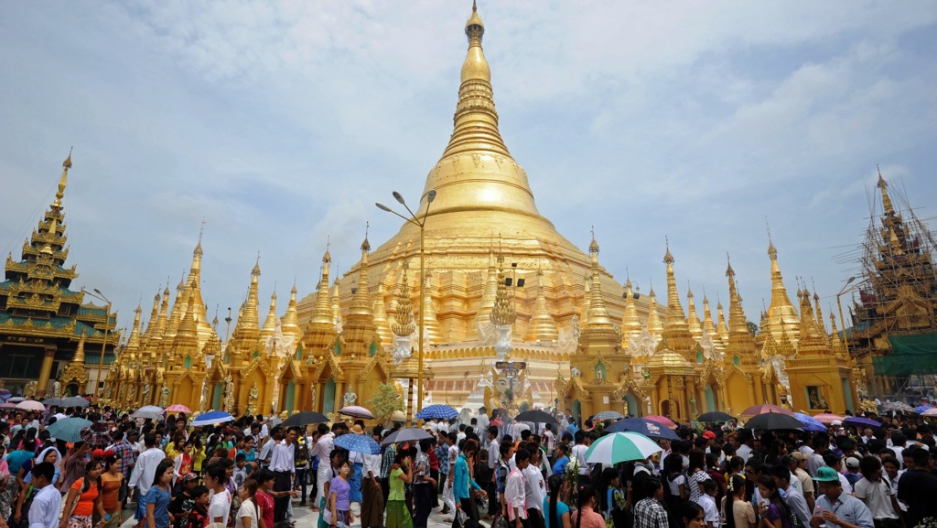 Myanmar devotee visit Shwedagon pagoda on the full moon day of Kasone Festival to mark Buddha's Birthday in Yangon on May 24, 2013.
Credit: Soe Than WIN
Share

A police officer told Agence France-Presse that a Muslim man in Myanmar was arrested on Tuesday for setting a woman on fire.

A second town official confirmed the arrest, though both the official and the police officer asked AFP to be remain anonymous, and other media outlets have not yet been able to confirm the news.

Regardless, the allegations have provoked religious unrest in Lashio, the city where the crime allegedly occurred. Lashio has normally been spared from the religious violence plaguing much of Myanmar.

The Associated Press described the attack as an "unconfirmed rumor." According to the AP, the victim was rumored to be a Buddhist woman.

Meanwhile, a source described the incident to Reuters as "a violent quarrel between a Muslim man and a Buddhist woman."

Whatever happened, it provoked a wave of sectarian violence that knocked out phone lines in Lashio, a city of 131,000 people, Reuters reported. A mosque and a Buddhist monastery in the city have been been torched.

Officials imposed a curfew on the city late Tuesday, according to AFP, in order to disperse the angry mobs of Buddhist monks and other locals who had destroyed homes and mosques.

Though an official described the situation as "under control," residents have witnessed serious destruction. "I can still see smoke and flames coming out from a Muslim school... it appears the school has been burnt down," one resident told the AFP.