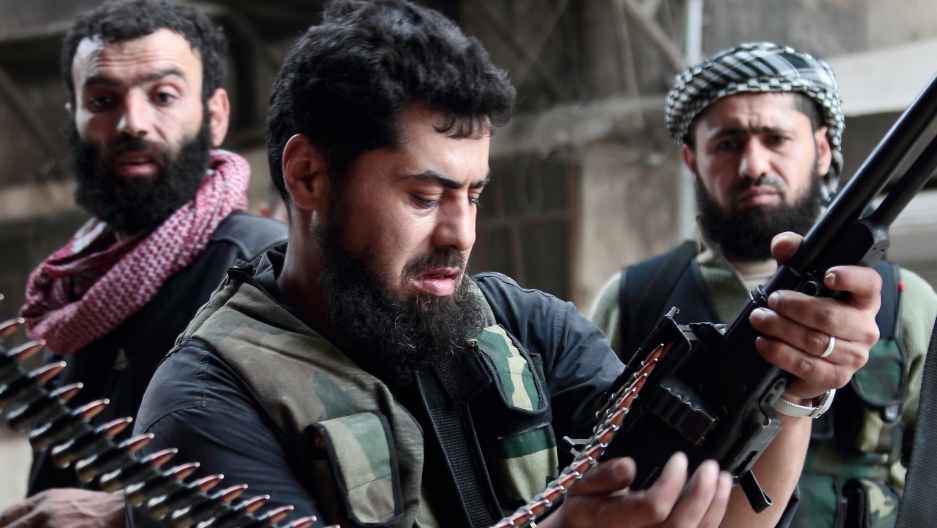 The European Union decided on Tuesday to allow an arms embargo on Syria's rebels to expire, although none of the 27 member states intends to send weapons to the opposition fighters any time soon.

The decision to drop the ban came after 12 hours of talks that exposed sharp differences between vocal advocates Britain and France and their more reluctant partners.

The agreement came days before an agreed package of sanctions — including an assets freeze on Assad and restrictions on trade in oil and financial transactions — was to lapse.

Foreign ministers meeting in Brussels were unable to reach the unanimous decision required to extend the arms embargo beyond May 31, and so agreed to renew the other sanctions without it, the BBC wrote.

The United States voiced its support for the EU's decision, viewing it as a show of "full support" for Syrian rebels.

State Department spokesman Patrick Ventrell said, "While it is ultimately an EU decision, we do support the easing of the EU arms embargo as a part of the international community's efforts to demonstrate its full support for the Syrian opposition."

The rebels have been fighting Assad's government in a bloody more than two-year civil war that has spilled over into neighboring countries and left at least 80,000 people dead.

Russia objected to the deal, saying it would endanger a peace conference on Syria organized by that Russia and the US.

"This does direct damage to the prospects for convening the international conference," Sergei Ryabkov, Russia's deputy foreign minister, said, according to The Guardian.

Ryabkov also said Russia might provide the Syrian government with air defense missiles, which would complicate any attempt at foreign intervention.

That prompted Israel to issue an unusually stern warning against Moscow.

"The shipments have not been sent on their way yet. And I hope that they will not be sent," Israeli Defense Minister Moshe Yaalon told reporters. But "if God forbid they do reach Syria, we will know what to do."

Israeli officials have voiced concern that weapons sent to Syria could end up in the hands of Hezbollah or other Al Qaeda-linked militants.

Russia's deputy foreign minister did not clarify if the long-range S-300 air defense missile systems had been shipped to Assad's regime, the Associated Press reported.

Ryabkov called the decision to let the embargo expire "a manifestation of double standards."

Moscow had been trying with the United States to organize the conference for next month.

However, a spokesman for Syria's National Coalition, Louay Safi, was quoted as saying that the EU move was "a positive step," despite being "afraid it could be too little, too late."

EU foreign policy chief Catherine Ashton said the EU's Foreign Affairs Council would review this position before Aug. 1, in light of fresh developments to end the conflict including the ongoing US-Russia peace initiative.

Not all EU members agreed with the position to lift the weapons ban. Countries such as Austria and Sweden argued that EU arms supplies could undermine the US-Russian talks initiative.

"It is extremely important not to do anything to rock the boat. Start delivering weapons now would rock the boat," Swedish Foreign Minister Carl Bildt cautioned.

Meanwhile, The Daily Beast learned from two administration officials that the White House has reportedly asked the Pentagon to come up with plans for a no-fly zone in Syria.

The request for the zone, which would be enforced by the United States, France and Britain, was reportedly made shortly before Secretary of State John Kerry went on his Middle East tour.