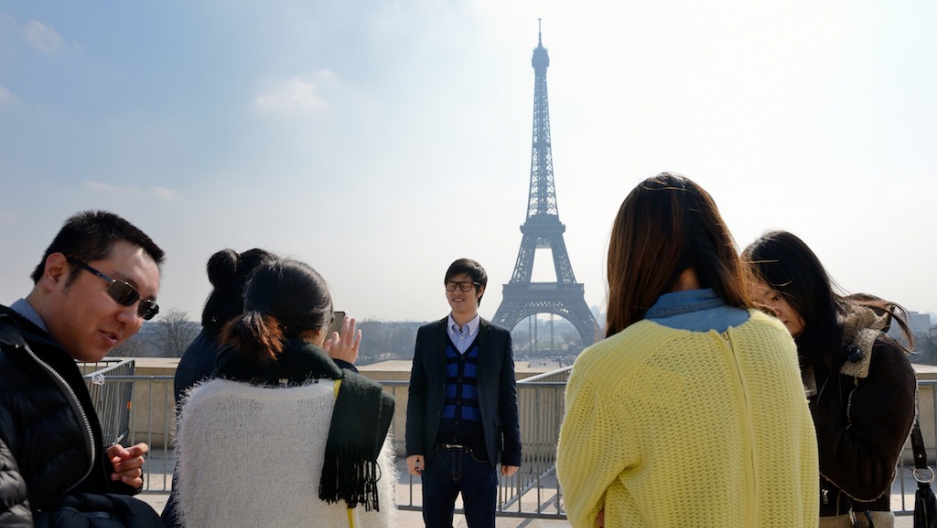 Chinese tourist take souvenir pictures in front of of the Eiffel tower on March 27, 2013 in Paris.
Credit: Eric Feferberg
Share

The French resort operator Club Med has received a buyout offer from, among others, the Chinese conglomerate Fosul International. Fosul wants to help expand Club Med to China, where the company already operates two resorts.

This news highlights the growing importance of Chinese tourists in the global economy.

Only a short while ago, American tourists were the world's most important tourists. They were also among the world's most reviled tourists, with the stereotype of the loud, obnoxious, ostentatious, and rude "ugly American" becoming known throughout the world.

But now it's Chinese tourists who are spending big, appalling locals and embarrassing their country.

Last week, a 15-year old tourist from Nanjing scrawled his name on a 3,500 year-old carving in Egypt's Luxor Temple. Another Chinese tourist took a picture of the graffiti and posted it to a Chinese social media site, triggering a massive backlash and parental apology.

Nor was this the only Chinese tourism incident that has caught people's attention.

Gwynn Guilford of Quartz describes a litany of recent complaints about Chinese tourists:

A couple of years ago, the New York Times reports, Chinese tourists overtook American tourists as the world's biggest international travelers. Chinese tourists made 70 million international trips in 2011, versus only 59 million for Americans. Last year, the Chinese also became the world's biggest tourism spenders. They spent $102 billion in foreign countries worldwide, while Americans and Germans spent about $84 billion apiece.

For those who cater to tourists, this huge new pot of spending is a major market opportunity.

And it's one reason why those who complain about loud, obnoxious Chinese tourists will likely keep their complaints relatively quiet.

As with the "ugly Americans" before them, Chinese tourists come bearing more than cameras. They come bearing money. And most local businesses are happy to tolerate a bit of obnoxiousness in exchange for new customers.

More from our partners, Business Insider:

Business Insider: OPEC is freaking out about America's shale boom

Business Insider: Who are the most powerful people in mobile advertising?