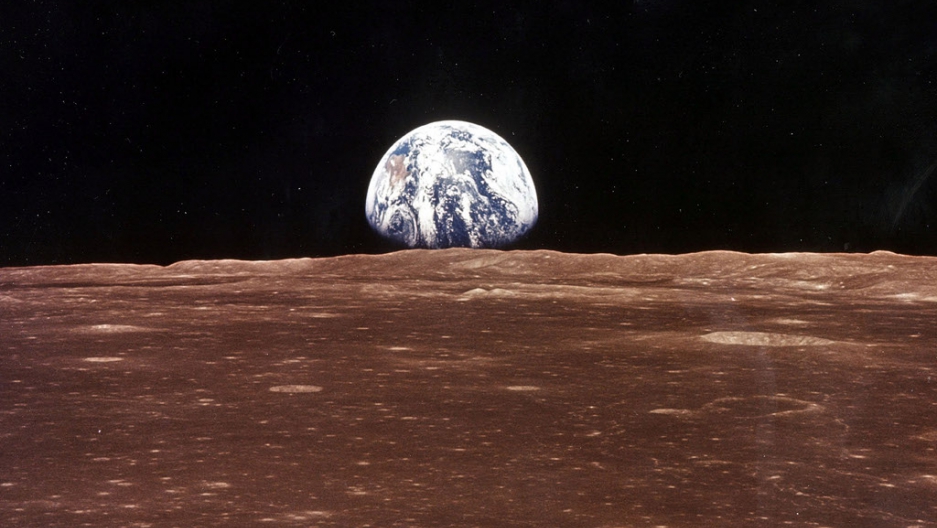 A view of the Earth appears over the Lunar horizon as the Apollo 11 Command Module comes into view of the Moon before Astronatus Neil Armstrong and Edwin Aldrin Jr. leave in the Lunar Module, Eagle, to become the first men to walk on the Moon's surface.
Credit: NASA/Newsmakers
Share

Moon dust samples gathered by Neil Armstrong and Buzz Aldrin during the Apollo 11 lunar mission were found in a California lab warehouse in early May.

"We don't know how or when they ended up in storage," Karen Nelson, who made the surprising discovery while tidying up a storage space at the Lawrence Berkeley National Laboratory, said in a statement.

Nelson said she found about 20 vials with handwritten labels and dated "24 July 1970."

"They were vacuum-sealed in a glass jar. We don't know how or when they ended up in storage," she continued.

When Armstrong and Aldrin returned from the first-ever walk on the moon in 1969, samples of moon rock and lunar soil were given to about 150 laboratories around the world. Some of the samples were sent to the Space Sciences Laboratory at the University of California, Berkeley, but instead of being returned to NASA following the completion of experiments, they ended up in storage and were forgotten until Nelson discovered them.

Along with the vials, Nelson found a copy of the paper "Study of carbon compounds in Apollo 11 and Apollo 12 returned lunar samples," published in the Proceedings of the Second Lunar Science Conference in 1971.

The five co-authors of the paper, all from the Space Sciences Laboratory, included Melvin Calvin, who was also an associate director of Berkeley Lab and the 1961 winner of the Nobel Prize in Chemistry.

They examined the nature and chemical characteristics of the carbon in the lunar samples.