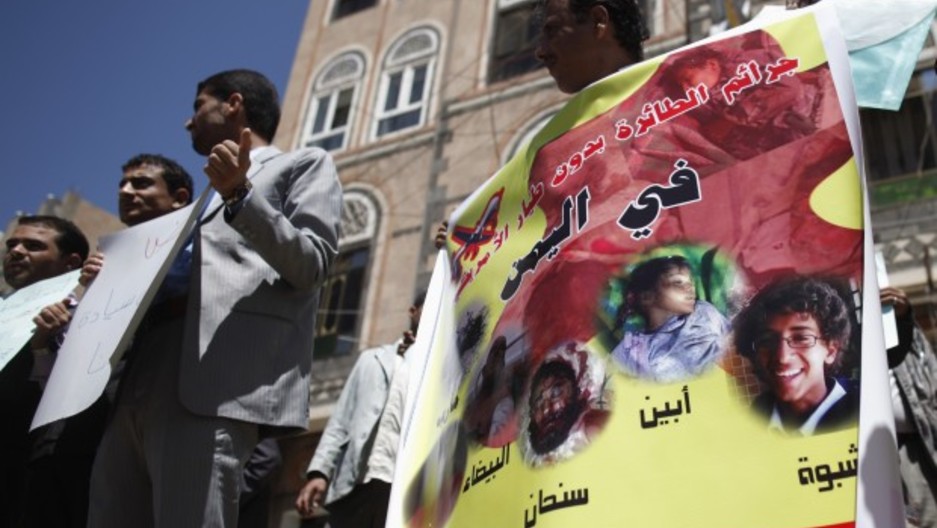 An activist holds a banner with photos of people killed in drone attacks, during a protest against the U.S. drone strikes in Yemen outside the U.S. embassy in Sanaa April 29, 2013. The banner reads, "The crimes of U.S. drones in Yemen." REUTERS/Khaled Abdullah (YEMEN - Tags: POLITICS CIVIL UNREST) - RTXZ3A9

Share
A recalibration of US drone policy might make a big difference in Yemen says analyst Gregory Johnsen. He says he's encouraged that a more selective use of drones could go a long way to protecting civilians in places like Yemen, while aiding US intelligence gathering efforts. "I think this has a real benefit for US counter-terrorism," Johnsen says. "Obviously dead men tell no tales. But if you have someone that you picked up, you can gain a lot more intelligence from him than you can from a corpse." Johnsen says drones can be "a very powerful and a very effective weapon," if used in a restrained and judicious manner. But he warns "if the US comes to depend so entirely on drones, as it seems they have in the past four years, drones can do more harm than good. Johnsen's latest book is "The Last Refuge: Yemen, al-Qaeda, and America's War in Arabia."