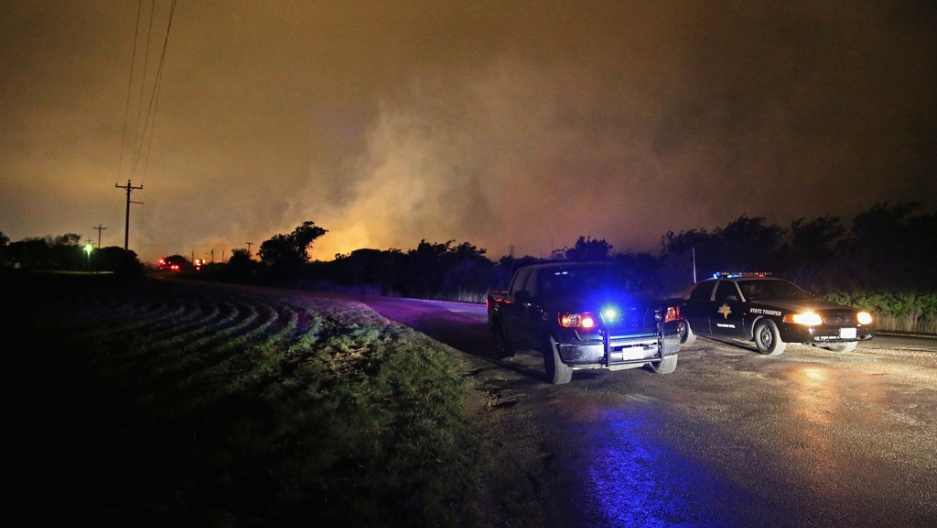 Smoke rises in the distance about half a mile from the West Fertilizer Company, April 18, 2013 in West, Texas. A massive explosion at the fertilizer company injured more than 100 people and left damaged buildings for blocks in every direction.
Credit: Chip Somodevilla
Share

There are hundreds of sites across the United States storing massive amounts of potentially explosive ammonium nitrate. Do federal authorities care?

Reuters journalists spent four weeks obtaining lists of hazardous-chemical inventories. They found that ammonium nitrate, the same chemical behind the West, Texas fertilizer blast, is stored heavily across the US. A total of 800,000 people in the US live near the storage sites.

Since 1990, companies have reported more than 380 "incidents" involving ammonium nitrate in a reporting system that is voluntary.

Particularly disturbing is that Reuters said they were unable to get data from all 50 states--21 refused to hand it over and gave incomplete data. Yet such information is supposed to be public record under the federal Emergency Planning and Community Right to Know Act.

While it's clear that ammonium nitrate is the source of the West, Texas blast, local government officials are still leaving the public in the dark about what exactly caused the blast, according to the US Chemical Safety Board.

In an open letter, the board accused the Texas state fire marshal and the US Bureau of Alcohol, Tobacco, Firearms and Explosives of blocking access to key witnesses of the explosion for three weeks.

In fact, the investigation seems to be hampered by major corruption. Board chairman Rafael Moure-Eraso wrote that the “incident site was massively and irreversibly altered under the direction of ATF personnel," in the letter viewed by the Dallas Morning News.

Even though the blast was a full four weeks ago, investigators have also been unable to find out whether the voluntary firefighters were made aware that they were breathing in toxic fumes.

"We do not know," Daniel Horowitz, managing director of the US Chemical Safety Board, told the Associated Press. "With interviews still underway, it's difficult to say at this point what was the level of knowledge and what did they know about suppression techniques."