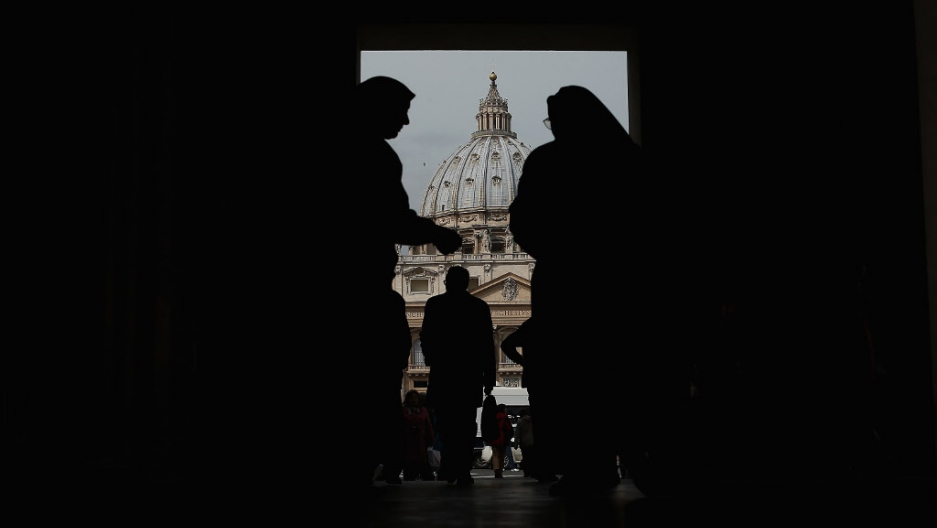 A beggar asks a nun for money near St Peter's Basilica on March 26, 2013 in Rome.
Credit: Dan Kitwood
Share

Millions of Italians are too poor to heat their homes, eat adequately or go on holiday, Italy's national statistics institute (ISTAT) reported on Wednesday.

In its annual "State of the Nation" report, ISTAT said one-quarter of Italians were heading towards "serious deprivation," while the number of Italians already living in poverty has doubled in two years.

The institute measured Italian households against nine poverty indicators, such as household spending, employment status and household heating, and judged those that met more than four indicators as seriously deprived. Households who met three were considered to be heading towards poverty.

ISTAT found that 14.3 percent of the Italian population, or around 8.6 million people, was seriously deprived in 2012, up from 6.9 percent in 2010. Meanwhile, 14.9 million Italians were heading towards poverty.

In addition, ISTAT found the gap between Italy's wealthier North and impoverished South became more pronounced in 2012, with one in five Southern Italians living in poverty.

The Italian economy shrunk by 2.4 percent in 2012, a decline ISTAT attributed to a fall in consumer spending, with Italians using their savings for day-to-day living and greatly scaling back on household spending and heating.

"It is a reminder, if one were needed, of the severity and scale of Italy's recession, the longest since the second world war. Italy maybe the comeback kid of the global sovereign debt markets, but its economy does not look as though it will ever come back - and it was not even strong to start."

ISTAT found that nearly two-thirds of Italians attempted to reduce their food spending in 2012, with a rising proportion (16.6 percent) of households unable to afford a protein-based meal, such as meat, every two days. In 2010, only 6.7 percent of Italians went without meat.

CNBC: This bonus cap may put pressure on US banks