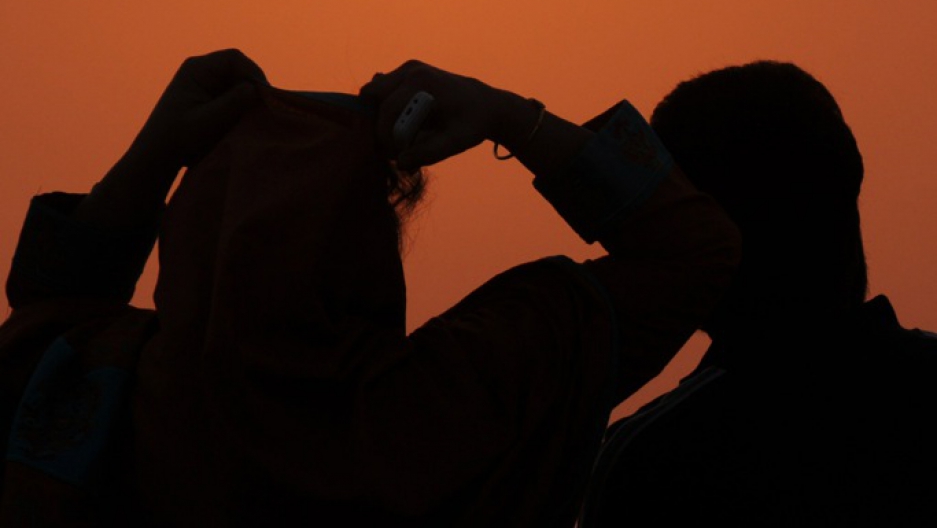 A Pakistani couple looks at the last sunset of the year at Clifton beach in Karachi on December 31, 2011.
Credit: Asif Hassan
Share

KARACHI, Pakistan — There's no shortage of sunlight in this city. Overcast days are rare, and the mid-afternoon sun is so searingly bright, I actually have to wince my eyes shut and wait for the sunspots to clear before I can see again.

So imagine my surprise when a recent blood test showed that my vitamin D levels are so low my doctor called for injections.

"Vitamin D shortages can cause muscle failure, bone decay and serious osteoporosis," she told me firmly.

I gaped back at her, trying to figure out how on Earth this had happened. "You're telling me that I live in the desert but am not getting enough direct sunlight?" I asked. She nodded.

"But!" I sputtered, thinking of a new defense. "I drink milk!"

She nodded again. "Honey, no one in Pakistan cares about public health. This isn't America. Your milk isn't fortified."

Later that evening, I complained to my grandmother. I'm a sun-loving person; how is it I'm not soaking up enough rays to get my vitamins?

She wasn't hugely sympathetic. "Just take the shots," she counseled. In her eyes, it would be worse to see my "beautiful skin getting darker and darker because of the sun."

I shook my head in disagreement, but it dawned on me I'd unwittingly been following her advice. Here, I simply don't sit outside enjoying the sun like I did back in the US.

In Pakistan, fair skin is a marker of beauty. Skin bleaching creams line the shelves of any convenience store. At the city's beaches, women lather their children with sunscreen so heavily that the white goop is visible on every inch of their exposed skin. Both women and men are encouraged not to sit in the sun so their skin won't turn darker.

When I lived in the United States, I was the first person to grab a beach towel and head to the local park as soon as the weather rose above 70 degrees. In the summer, I'd collect tan lines like baseball cards — my feet would be crisscrossed with stripes, one for every pair of sandals I wore.

In fact, when I relocated to Pakistan last year, my skin color became a running joke in the family.

After a recent trip to Tanzania and many hours outdoors, I arrived home to Karachi tanner than any of my family members had ever seen me.

A woman — a complete stranger — approached me at the airport while I waited for my parents to arrive.

"Have you ever tried Fair and Lovely?" she asked. I shook my head. The woman pulled out a half-used tube of bleaching cream and tried to press it into my palm. I resisted the offer, jerking my hand back as though I'd been burned. "You'll never find a husband," she said.

I felt torn. I wanted to laugh, but I was also angry that a strange woman felt compelled to give me advice on my looks. One thing was obvious: I'd inadvertently become part of the Pakistani culture of avoiding the sun. The tan I'd picked up during a quick trip to Africa made that starkly clear. My lack of exposure in Karachi didn't reflect a conscious attempt to keep my skin "fair and lovely," but an environment that didn't allow many alternatives. I hardly ever have the opportunity to sit outdoors in Pakistan like I would anywhere else.

Last week, I called my doctor back.

"Is there any way for me to fix this without the shots?" I asked.

"Sure, just sit outdoors for about 20 minutes a day," she said. She was polite, but sounded doubtful as she went on. "Not just your face and hands," she explained. "As much skin as possible."

I sighed into the phone, realizing I'd have to get the shots. The apartment I live in doesn't have a private yard, so there's no way to sit outdoors with so much uncovered skin. The only place I know with that kind of private space is my grandmother's house — and she'd have a heart attack if she saw me sunbathing.

Clearly, I'm not the only woman in Pakistan facing this conundrum.

"How big of a problem is vitamin D deficiency, anyway?" I asked my doctor.

She laughed. "You're in a country where women wear the burka to cover themselves. Their skin hasn't seen the light of day since they were about 11. They don't have the means to sit outside, uncovered, in a garden. How big of a problem do you think it is?"