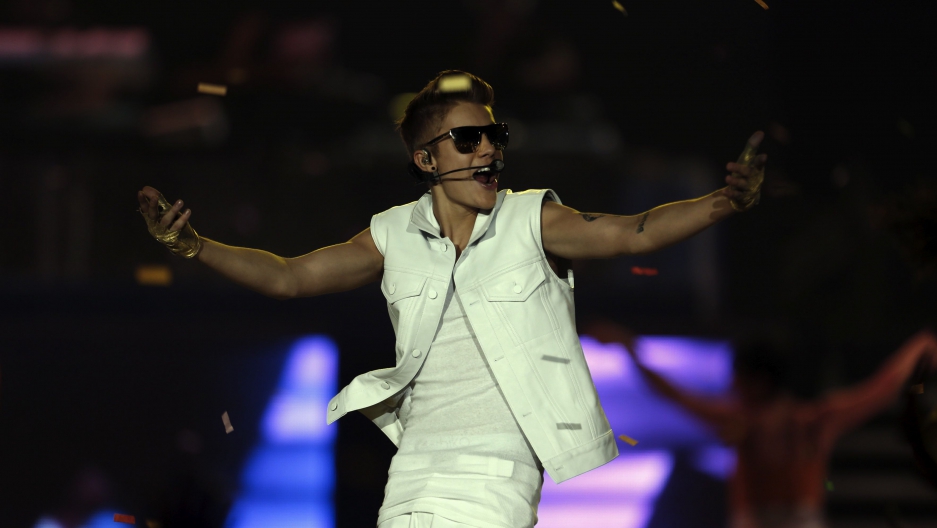 Canadian pop star Justin Bieber, 19, performs in front of a crowd of 15,000 fans at the Sevens Stadium in Dubai on May 4, 2013. It was Bieber's first visit to the United Arab Emirates.
Credit: KARIM SAHIB
Share

Do they make lederhosen for monkeys?

Mally's troubles began when it was detained by German customs on March 28 upon arrival in Munich, because Beiber did not have the required vaccination and import documents for the animal.

Bieber missed a Friday deadline to supply German customs with those papers, so the government formally transferred ownership of the monkey to the German state on Tuesday.

Judith Brettmeister, spokeswoman for the Munich animal shelter where Mally has been staying, told Reuters that Mally's famous owner had not visited or contacted the shelter to check on his monkey’s wellbeing.

Bieber has six weeks to appeal the decision and attempt to reclaim his pet, but German officials intimated it would be better for the monkey if it remained in German care.

Shelter officials said that the monkey, now 20 weeks old, should not have been removed from its mother until it was at least a year old, the Associated Press reported. They also noted that capuchin monkeys should live in groups.

Mally will be sent to live at a German zoo, according to the AP.

"Monkeys are very sociable animals," Germany’s environment minister, Peter Altmaier, said. "That's why we're going to take Mally to a place where he can live safely and in the company of others."

"We are going to make sure that Mally can grow up appropriately for its species," he added.

Presumably not surrounded by pop stars?