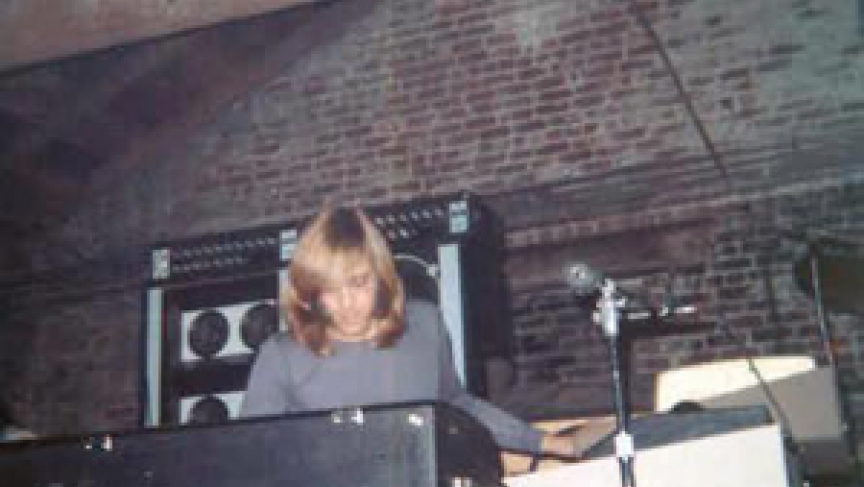 Ray Manzarek, keyboard player for the Doors and co-founder of the band with Jim Morrison, died Monday at the age of 74.

Manzarek's sound with the Doors was second only to Morrison's voice.

Whether it was in his solos, as in "Riders on the Storm" or the lead lines to "Light My Fire" or "Hello I Love You."

Since the announcement of Ray Manzarek's death, there have been lots of tributes to him and his legacy.

And as a lover of what Manzarek begat, I wanted to make sure The World properly recognized his influence.

Now the electronic organ asserted itself on all manner of rock and pop in the 1960s and 70s.

But Ray Manzarek's jazzy and improvisational musical thinking – and how that emerged from his keyboard – he created a improvisational sonic device that artists around the globe wanted to emulate.

It was an American sound.

And all you had to do was plug in.

In Togo, in West Africa, Napo de Mi Amor and his band, the Black Devils recorded this tune "Leki Santchi."

It was 1975, four years after Jim Morrison's death.

And for the track "Leki Santchi," Napo set his electronic organ to a local Togolese rhythm called Crougnima.

In neighboring Nigeria, the Tony Benson Sextet was all about the keyboard.

Ray Manzarek would have been, or was, we hope, proud of Benson's instrumental hit "Ugali," from 1972.

And a track that actually was born in the US.

A one hit wonder for the band the Ides of March, called "Vehicle."

Here though the organ stands in for the vocals for Havana based Orquesta Cubana de Musica Moderna.