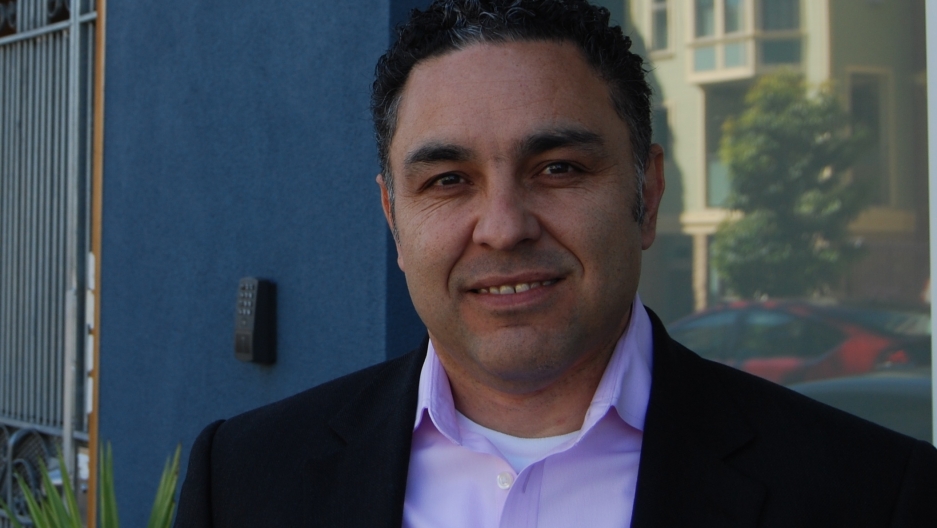 For most of us, when we want to make a major purchase we apply for a loan.

The bank checks our credit score and decides whether we’re worth the risk. But what if you have no credit score? That’s the case for many immigrants living in the United States — here legally or not — who save money outside of the formal banking sector.

Here’s how it works when many people in the developing world want to buy a piece of furniture or, say, a new radio. They turn to “savings clubs.” Jonathan Morduch a professor of public policy and economics at NYU uses the academic term: Rotating Savings and Credit Associations, or ROSCAs.

“The basic ROSCA is very very simple, and it’s just brilliant,” Morduch said. “A group of people come together and they each agree to put in a certain amount of money. In South Africa there was a woman who was part of a group, every month, they put in $9.”

Eleven people were in the group. So every month, somebody got $99 to spend on a big purchase.

“And the advantages to them were discipline, solidarity, and the peer pressure that comes from saving with a group,” he said. “And in many ways, we see this being a substitute for the kinds of mechanisms that a lot of people in richer countries take for granted. We see them in Africa where they’re called tontines, In China they’re called huay. In Mexico they’re called tanda. And in India we call them chit funds.”

Many immigrants to the United States bring these methods with them. But savings clubs only take you so far over here. Mexican immigrant Juana Laura Chavero Ramirez has been living in San Francisco for 11 years. During that time, she’s participated in about 20 savings clubs, pooling money with family members and co-workers. It’s worked out well, but she never built up a credit history.

Speaking through an interpreter, Ramirez said she had to put down deposits to get service from DirectTV,  as well as gas and electricity. She had to provide a three-month deposit with her rent.

Not long ago, Ramirez found out about the Mission Asset Fund in San Francisco’s Mission District, a heavily Latino neighborhood. The organization helps immigrants build up a credit history.

José Quiñonez, the group’s executive director, is a Mexican immigrant who moved to the United States as a child. Quiñonez worked as a Congressional aide in Washington where he became interested in bringing financial outsiders into the mainstream.

That’s where he learned about lending circles.

“What I saw was that, well, actually the payments and the lending that happens in those lending circles, even though they are informal, is actually exactly the same activity that we do in the formal financial system, where we go into bank, borrow money and then pay them back,” he said.

And when we do that, it gets recorded and reported to the credit bureaus. So, Quiñonez figured, why not document what’s happening within immigrant savings clubs as well? That’s what his organization now does.

And rather quickly, a credit history is born.

Ramirez said after participating in two lending circles managed by the Mission Asset Fund, she now has a decent credit score.

In the past four-and-a-half years, the Fund has helped some 2,000 people establish or improve their credit. An encouraging start, but it’s been a slow process. Neal Estey, the associate director of Boston University’s Center for Finance, Law & Policy, said that’s understandable.

“Borrowing amongst your friends, if you’ve been doing this for a while, you understand how it works. You don’t know how it works with this formal financial institution," he said. "All of a sudden there are agreements you have to sign, there’s all this technical jargon, that, really it’s difficult enough to understand if you’re an everyday person spending your entire life in the U.S.”

Let alone somebody from a foreign country who grew up in a place where banks aren’t trusted. On top of that, many recent arrivals have lost faith in U.S. banks after the sub-prime mortgage mess and subsequent foreclosures, which hit immigrant communities particularly hard.

Estey said lending institutions need to educate potential customers and explain why they should join the formal banking sector.

Ramirez got the message. With her new credit score, she’s talking about leaving her job in San Francisco preparing sandwiches and applying for a bank loan to start her own embroidery business.

Having access to a bank account also brings other basic services, like the ability to earn interest and write checks. Joining a bank or receiving a credit card can also mean avoiding payday loans, which many poor immigrants currently use. These loans often come at exorbitant interest rates of 100 percent — or more.

Immigrants like Ramirez may need to borrow money for another venture as well. If Congress passes an immigration reform bill, there will surely be hefty costs associated with applying to become a U.S. resident.

And coming up with thousands of dollars in a hurry could be tough for a poor immigrant without access to credit.