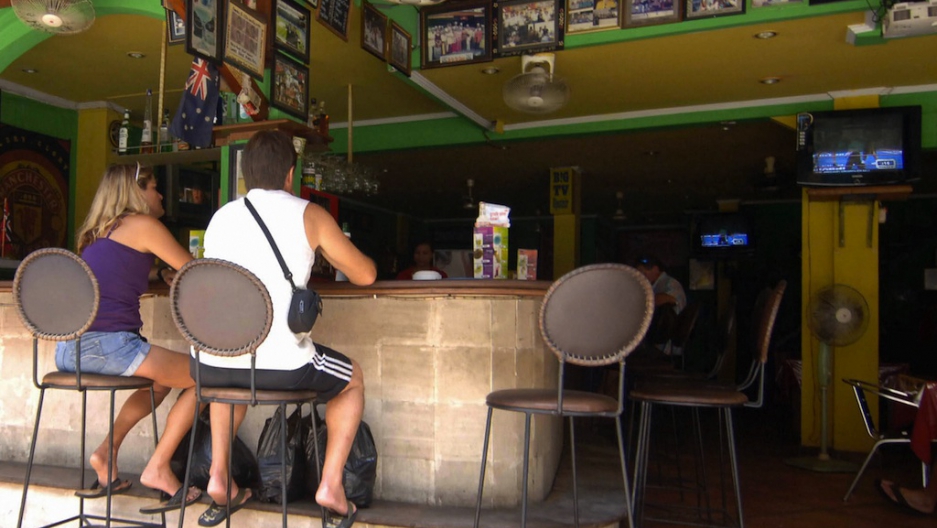 Tourists sit and have a drink at a bar in Denpasar on the Indonesian resort island of Bali on November 9, 2008.
Share

A British backpacker died after drinking methanol-tainted gin in Indonesia, the latest death from poisoned alcohol in the archipelago.

Cheznye Emmons, 23, from Essex, started feeling sick a few hours after drinking from a bottle labeled “gin” that she and her boyfriend had purchased from a local store.

Within days she had lost her eyesight and was taken to a hospital in Medan, Sumatra, where she was put in an induced coma.

Her parents, who had traveled to Indonesia to be by her bedside, made the heartbreaking decision to turn off her life support machine on April 25.

"It just doesn't seem real – we're all just in shock,” Emmons’ older brother Michael was quoted by The Telegraph as saying.

"From what we understand, the shop would have poured the gin out of the original bottle and then replaced it with methanol.

"It was in the original bottle with the gin label on it.

"As far we're aware, the shop which sold the alcohol has been shut down and there's a police investigation.

"The British embassy is also looking into it."

Methanol is extremely poisonous and can cause blindness and death.

Media reports said high taxes had driven up the cost of wine and spirits in Indonesia, and unscrupulous shop owners try to “stretch the alcohol” by replacing it with a local spirit called arak, or adding methanol.

Emmons’ case is not unique.