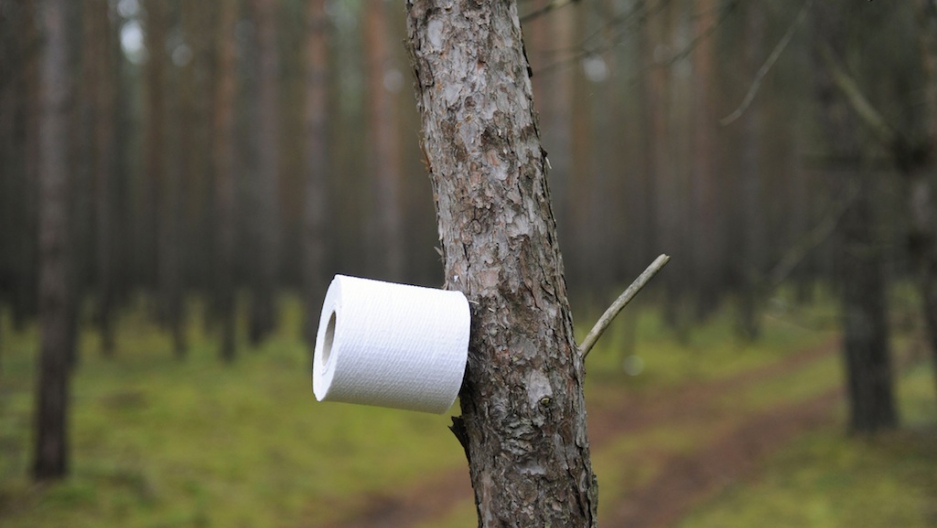 A tree makes for a toilet paper holder as anti nuclear protestor against the transport and storage of nuclear waste wake up at their blockade after sleeping on the road leading to the storage facility in Gorleben, November 8, 2010. (ODD ANDERSEN/AFP/Getty Images)
Credit: ODD ANDERSEN
Share

Venezuela's embattled socialist government has ordered 50 million rolls of toilet paper after a widespread shortage has left the nation — hanging out to dry.

Yes, in addition to the shortages of milk, butter, coffee and cornmeal which have been reported in recent months, Venezuela is now running low on toilet paper.

Looking to shore up power following the death of Hugo Chavez, Venezuelan president Nicolás Maduro has publicly blamed the toilet paper shortage on anti-government forces, saying that the private sector is causing the shortages in an effort to destabilize the country.

However, economists are saying that Venezuela’s shortages more likely stem from price controls imposed by the government which are meant to make basic goods available to the poorest parts of society as well as the government’s controls on foreign currency.

Commerce minister Alejandro Fleming, has an alternative theory, blaming the TP shortage on "excessive demand" — though considering that Venezuela is simultaneously suffering from a shortage of other items in addition to toilet paper — including coffee, (a known diuretic), we at GlobalPost are not entirely sure how accurate Fleming's assessment is.

It would appear, however, that in lieu of a solid and unified explanation for these shortages, Venezuelan officials are instead playing the blame game — but no matter what the actual cause, one thing that we do know is that patience among Venezuelans is wearing paper thin, as they continue to face dire shortages and long lines at supermarkets and pharmacies.

On Tuesday, Fleming said that "The revolution will...saturate the market [with toilet paper] so that our people calm down."

Saturate — now there's an operative word if we ever heard one.

Additionally, Maduro's government this week announced that it also would be importing 760,000 tons of food in addition to the 50M rolls of toilet paper that have been promised.