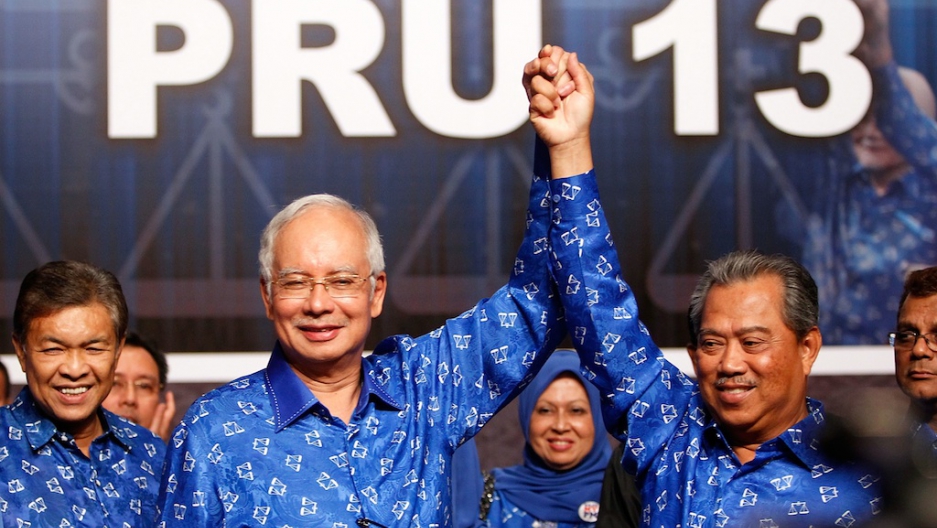 On television, Najib introduced his 30 Cabinet ministers, including Abdul Wahid Omar, the chief executive of Malayan Banking Bhd, one of Malaysia’s two biggest banks, and Paul Low, president of the Malaysian chapter of the anti-corruption watchdog Transparency International.

Low’s appointment is notable, given that many urban Malays voted for Najib’s opposition because they were fed up with cronyism and corruption under his previous government, according to the Financial Times.

However, the rest of Najib’s picks signaled business as usual: More than half the cabinet seats went to politicians from his party, United Malays National Organization (Umno), the Wall Street Journal reported.

Also, with the exception of Low, who is of Chinese descent, there are no other ethnic Chinese ministers in the Cabinet. Chinese Malaysians account for a quarter of Malaysia’s population, which also includes Malays, Indians and indigenous peoples, the Financial Times noted.

"The National Front is in trouble because of their race-based parties," Ooi Kee Beng, deputy director at Singapore's Institute of Southeast Asian Studies told the Wall Street Journal. "The composition of the Cabinet partly comes from tradition under the coalition-based politics and this will have political consequences by making it very difficult for the National Front to continue to talk about racial politics going forward.”

Nevertheless, Najib hailed his Cabinet as a new beginning. “Over the past months and years, divisions have opened up in Malaysian society,” he said, according to the Financial Times. “Now it is time for all of us, in government and beyond, to put the bitterness behind us, and work towards national reconciliation – and national unity.”