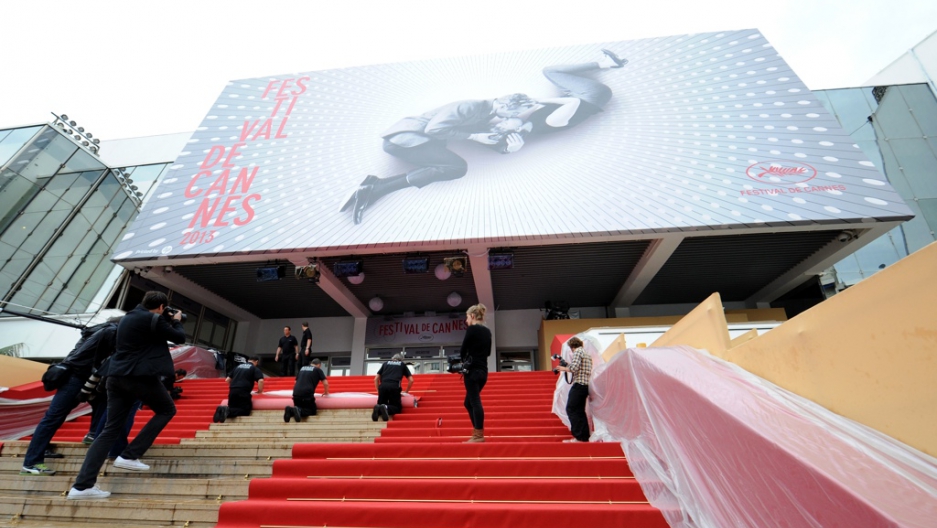 BRUSSELS, Belgium — It's hard to avoid the irony of the movie world's annual Riviera glamour fest opening in Cannes on the day France joined its southern European neighbors by slipping into recession.

Leonardo DiCaprio, Nicole Kidman, Steven Spielberg and the other stars will be striding down the red carpet for the European premier of "The Great Gatsby" as their hosts come to terms with France's third recession in four years.

The symbolism of Cannes opening with Baz Luhrmann's extravagant 3-D evocation of millionaire decadence in roaring '20s New York, did not go unnoticed.

"That imaginary world seems as distant as tales of knights in shining armor," wrote Le Monde's movie critic Thomas Sotinel. "Attempts at the beginning of the film to link the post-World War I financial follies to our current dance on the edge of the precipice, fall flat."

While the stars gathered on the Cote d'Azur, French President Francois Hollande was at European Union headquarters in Brussels, fending off journalists who asked if France had become the "sick man of Europe" under his watch.

"We are over the worst. If France and Europe work for growth, we can get over this," Hollande told reporters after the release of data showing the French economy had contracted by 0.2 percent for the second successive quarter.

Hollande blamed excessive austerity for the latest grim figures across the euro zone, which was revealed to have suffered a 1 percent economic contraction over the past 12 months.

However, his year-long efforts to persuade German Chancellor Angela Merkel and other northern European leaders to switch the emphasis of European policy from budget cutting to stimulus have produced little effect.

"Europe has to show as much determination in creating growth as it has to reducing deficits," Hollande insisted again in Brussels.