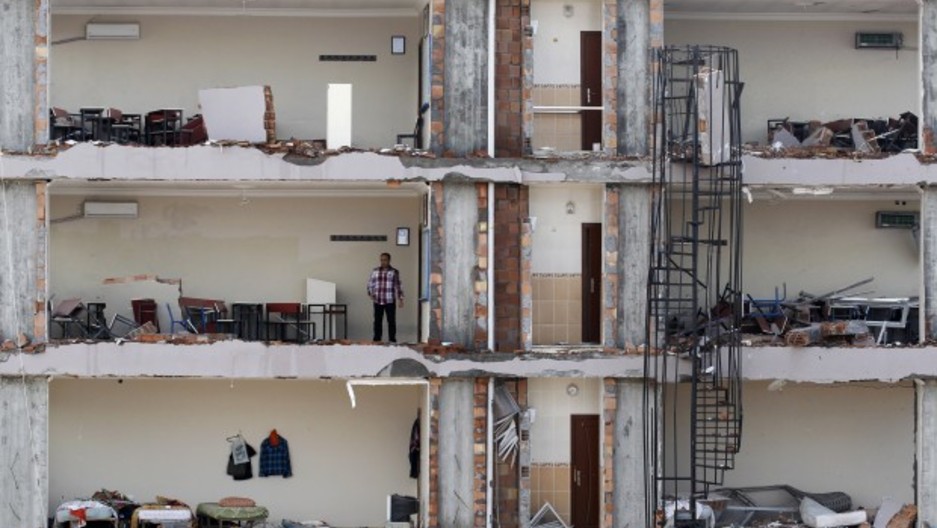 A man checks an apartment on a damaged building at the site of a blast in the town of Reyhanli in Hatay province, near the Turkish-Syrian border, May 13, 2013. Syria's information minister has blamed Turkey's government for deadly car bombings near the Syrian border and branded Prime Minister Tayyip Erdogan a "murderer", state-run Russian TV company RT reported on Monday. It said he repeated a denial of Syrian involvement in car bombings that killed 46 people on Saturday in the Turkish border town of Reyhanli. Turkey has accused a group with links to Syrian intelligence of carrying out the attacks. REUTERS/Umit Bektas (TURKEY - Tags: CIVIL UNREST TPX IMAGES OF THE DAY) - RTXZKP6

Share
Over the weekend, two car bombs ripped through the heart of Reyhanli, Turkey, a small town on the border Syria. The twin explosions, set 15 minutes apart, killed 46 people. The BBC's Mideast correspondent Wyre Davies was in the city and witnessed the chaos after the bomb blasts. Davies says that people in Reyhanli are getting angry at Syrian refugees whom they see as the reason for these attacks.