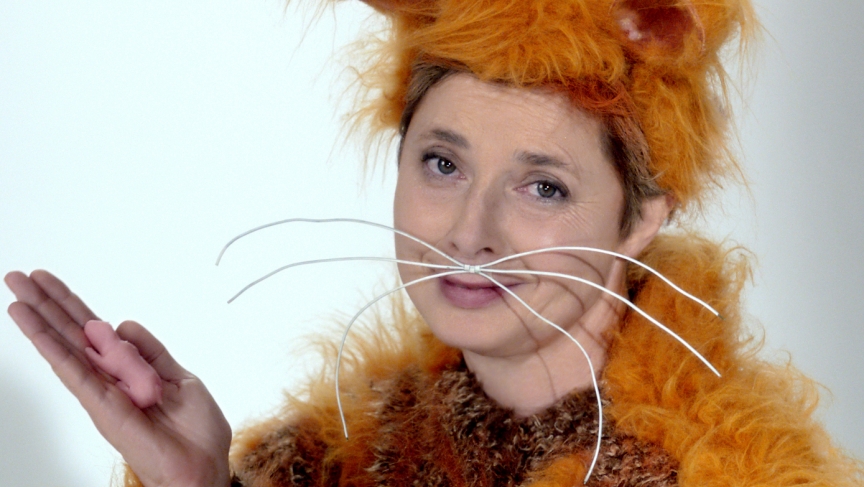 The mothers in this new series of film shorts take multiple husbands, abandon their young, even cannibalize them. And they take maternal self-sacrifice to an extreme, letting their hungry young devour them.

See a video preview at Studio360.org.

For example, portraying a brown toad, she wears what seems to be a trash bag.

She is perhaps the only widely  renowned film actress to fully embrace the medium of the web video. But while the videos are a far cry from David Attenborough’s nature docs, Rossellini’s interest in animals is serious, and as each mother explains her childrearing strategy, Rossellini has her facts straight. Rossellini is working to earn her master’s degree in animal behavior at New York University’s Gallatin School of Individualized Study.

“As a semiretired actress, like any retired person, you always fear boredom," she said. "As I worked less as a model and an actress because of age, I was always interested in animal behavior, and I thought I’d go back and study it.”

The inspiration for Mammas came from the work of evolutionary biologist Marlene Zuk. Zuk wrote that self-sacrifice was not the basis of maternal instinct — a commonly held anthropomorphism — but rather good management of resources. If you were a hamster, she said, that might include eating a pup or two from the litter, so you are well-nourished to nurse the others.

“I felt relief to know that there are many strategies to perpetuate your genes,” Rossellini said.

A great fan of Attenborough’s films, Rossellini nevertheless felt something was missing from the conventional approach to nature filmmaking.

“Animals make me laugh," she said. "That was a voice that that wasn’t expressed, so I thought maybe I could do that.”

Mammas premieres on the Sundance Channel in time for Mother’s Day.