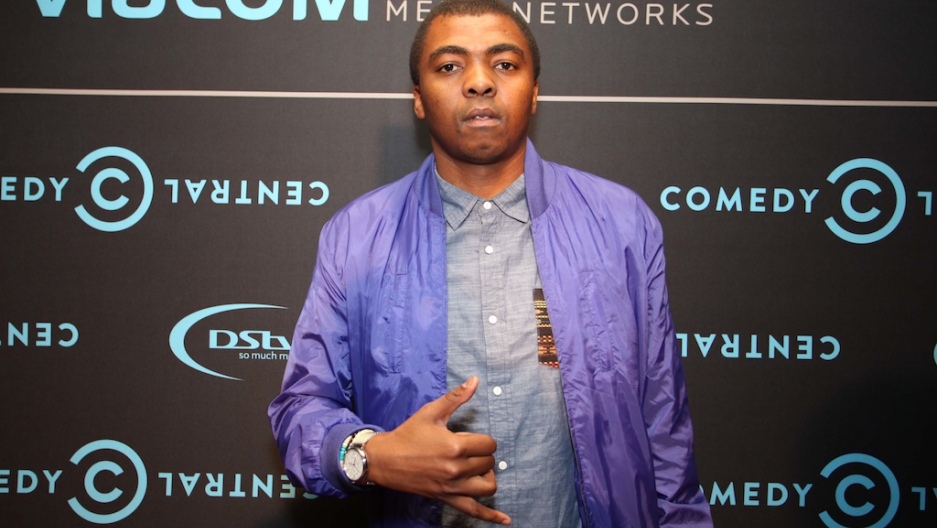 JOHANNESBURG, South Africa — At a packed theater in downtown Johannesburg, a foul-mouthed brown puppet is berating his white ventriloquist “master” for putting words in his mouth.

“What do you call a white person who didn’t benefit from apartheid?” asks Chester Missing, a puppet “political analyst” best known for his cheeky news interviews of South African leaders.

“An albino,” he quips, poking fun at white people who remain oblivious to their apartheid advantages.

This is one of the hottest new shows in South Africa, and an example of the booming comedy scene in a country which these days tends to make world news only when misfortune strikes.

Here, the adversity is fodder for jokes. Stand-up comedy routines are largely torn from the headlines, showing the political acumen of South African comedians and their keen crowds — though much of it is impenetrable to anyone who doesn’t live in this country.

The jokes can be vicious, but the humor has become a way of defusing the lingering post-apartheid racial tensions, the sometimes corrupt politics, the crime and violence, and the economic woes of today’s South Africa.

And then there’s the news that is just so bizarre it seems made for comedy.

More from GlobalPost: Keeping up with the Mandelas

On a recent episode of Late Nite News with Loyiso Gola — basically the South African equivalent of Jon Stewart’s Daily Show, but broadcast on a national news network — the subject matter ranged from the “secrecy bill” passed by parliament to a Zambian minister who criticized South Africa for being arrogant.

But the main topic was the recent Gupta wedding scandal, where a wealthy Indian-South African family with ties to President Jacob Zuma commandeered a military airbase to land a plane full of guest heading to a niece’s Bollywood-style nuptials.

More from GlobalPost: Who let the Gupta family land at a South African military base?

Takunda Bimha, who manages many of the country’s top comedians, said he has seen comedy take off since he founded his entertainment company, Podium Comedy, eight years ago. Comedians have gone from the margins to the mainstream.

“If you’re going to be successful as a comedian here, you have to be topical,” Bimha said. “South African comedians have become like social commentators. There’s a large element of satire.”

“South Africa is a very young democracy,” he added. “We’ve got a very checkered history. Everything is new, and the fact is we’re able to speak about things we couldn’t before.”

Bimha said that while comedians used to struggle to get on TV, or to get big gigs, these days they are being inundated with requests.

New comedy venues have opened, from Parker’s Comedy and Jive, at a casino in northern Johannesburg, and stand-up comedy nights have become regular events at hole-in-the-wall bars. Kippies, a legendary jazz club in the Newtown area of Johannesburg, now also holds comedy shows.

Comedy Central Africa, a branch of the American cable channel, launched in late 2011, providing another platform for comics and giving a stamp of approval to the local scene.

One breakout star has been Trevor Noah, who last year became the first African comedian to appear on The Tonight Show with Jay Leno after being spotted performing at a Los Angeles club.

Noah is of mixed race — his mother is a black South African and his father is Swiss — and jokes he was “born a crime,” growing up in Johannesburg’s Soweto township during the apartheid years when Interracial relationships were illegal.

"The thing that struck me was that he didn't treat me like some novelty act from Africa, but as a comedian who happens to be South African," Noah said, following his Leno performance, which earned him a standing ovation.

At the Chester Missing show, ventriloquist and stand-up comedian Conrad Koch performs for an audience that (unlike many sports events and concerts) is broadly representative of the country’s demographics, with black South Africans comprising about 80 percent of the audience.

Bimha, who manages Koch, said his company remains the only black-owned, black-managed comedy firm in South Africa, and many of the people who attend its shows are members of the emerging black middle class.

This market is growing, having doubled in less than a decade to some 4.2 million people, according to a University of Cape Town study released last week.

“For a long time, a large section of this population was suppressed in terms of expression, in terms of the arts,” Bimha said. “It is awakening a sleeping giant.”