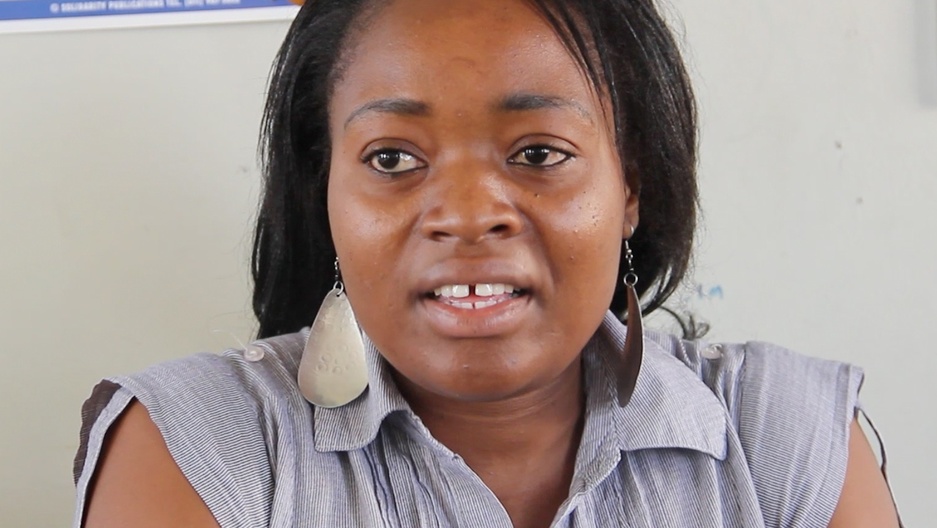 Earlier this week, I walked into the COSAT auditorium. There were two girls sitting quietly at desks, taking an exam. When they finished, I approached one of them.

“Yeah, I missed chemistry class last Friday, so I’m taking the exam now,” replied Amanda. She’s a twelfth-grader, with her hair pulled back in braids that hang just above her shoulders.

“My mother had her legs amputated,” she said.

Amanda looked at me without much expression on her face. I wasn’t sure if I should keep asking questions, especially since this was the first time I had spoken with her. But it also seemed like it would be strange, and perhaps callous, to end the conversation there. So I asked another question.

“Why did she have her legs amputated?”

“She has diabetes,” Amanda said.

It turns out her mom had fallen into a diabetic coma a few months ago. She was taken to the hospital, and has been receiving inpatient care since February. She sustained nerve damage – a common symptom of diabetes – and doctors amputated her feet and lower legs last Thursday. She’ll probably be hospitalized for a few more months.

As Amanda spoke, I saw a flicker in her eye. I thought she might suddenly break into tears. I didn’t want to make her uncomfortable, but I also wondered if it was somewhat therapeutic for her to talk about what happened. So I asked one more question.

Not really sure what else to say, I expressed my deepest condolences, and thanked Amanda for telling me all of this. I asked if she had to go to class, and she nodded. She walked quickly out the door.

Thoko Matosi, a physics teacher, was sitting next to me as Amanda spoke. A few minutes before, Ms. Matosi had been telling me about the emotional toll of teaching in Khayelitsha.

“You see?” she said after Amanda walked out the door. “That’s what I’m talking about. You never know what kind of problems these kids are dealing with. They’re heavy problems,” she said.

Ms. Matosi said many students confide in her. She’s young and black, making her an obvious role model for many. Because the school has no counselor, she’s also one of several teachers that students regularly go to with their problems. But Ms. Matosi says listening to students’ stories, and rarely being able to solve them, can be incredibly taxing. And it makes it difficult to be demanding as a teacher.

“How can you mark them down for not doing their work, when you have no idea what’s happening at their home?” she said.

She sighed, and shook her head.