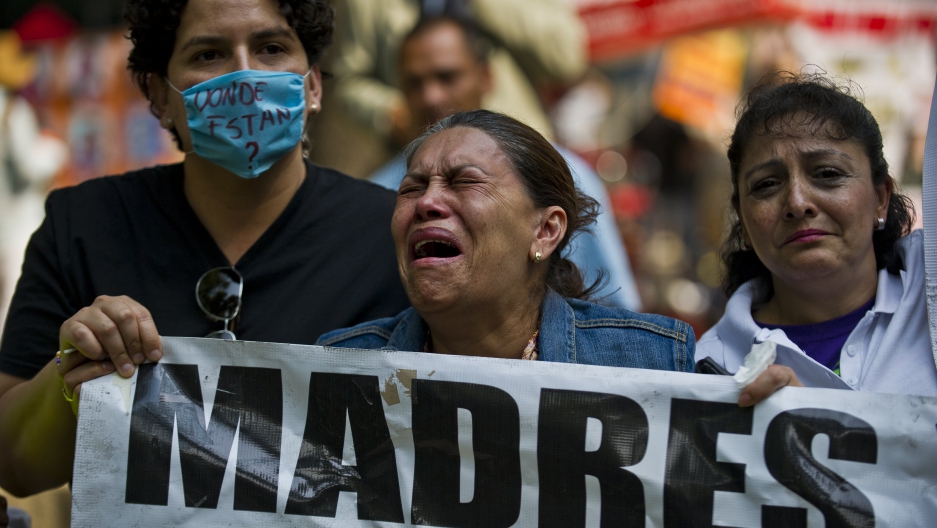 Mexico's Mother's Day honors the touchstones of a nation in which family matters above all. Schoolchildren across the country fete their mothers with plays, songs and speeches. Newspaper articles and columns proffer odes and advice to the women. Stores promote sales of everything from chocolate, flowers and blouses to cellphones and appliances.

And if past proves prologue, the traffic choking Mexico City's crowded, chaotic and cacophonous streets will be the most cutthroat of the year, as grown sons and daughters rush to get mamas to favorite restaurants at exactly the prescribed lunch or dinner hour.

“We're very traditional here,” said Rocio Velasquez, 35, who was tending a small flower stand set up to mark the day — Mother's Day in Mexico is always May 10 — at the foot of the towering Monument to the Mother in downtown Mexico City. “This is something most everyone celebrates. Mothers are sacred.” Mexico's Monument to the Mother. Wikimedia

Many Mexican sociologists lay the national focus, if not obsession, with motherhood on the Spanish Conquest's often less-than-consensual copulation between European men and indigenous women. Those “violated” women birthed the mixed-blooded nation, enshrined a century ago by revolutionary philosophers as a “Cosmic Race,” that wrangles with that legacy still.

“To her who loved us before she knew us,” says the engraving at the base of the mothers' monument, a towering concrete indigenous woman holding an infant. “Because her maternity was voluntary.”

"Few words in Mexican speech have a semantic diversity as notable,” news commentator Sergio Sarmiento wrote today in his column in the newspaper Reforma, "although many of their meanings are openly contradictory."

Exact translations of the expressions are dodgy at best.

Vale madres: “worth mothers”; lacks any value at all.

Madrearse: "To be mothered"; hurting yourself or others.

In contrast, the word “padre” or “father” means only “good” in Mexican slang.

Sarmiento points out that the popular image of the long suffering Mexican mother clashes with the reality of today's Mexican women — especially those in the middle and upper classes — whom he describes as "dynamic, seductive, sensual, intelligent and above all hard workers.”

Then again many working mothers, especially those among Mexico's poor majority who toil long hours for pittances, have little time these days to properly tend to their progeny. And many of those mamas have let their babies grow up to be gangsters, seeding the social convulsions roiling much of the country.

The militarized criminal wars that exploded more than six years ago here have killed some 70,000 people, most of them young men drawn by the gangster life's quick profits and social status. Other young men and women have been forcibly disappeared, either because of ties to the gangs or for simply stumbling into the wrong place at the wrong time with the wrong profile.

“Where are they? Where are our children?” chanted 10 women whose children have vanished in recent years and who Thursday began a hunger strike outside the offices of Mexico's attorney general, a few blocks from the Monument to the Mother.

“Alive they were taken, alive we want them back,” they intoned.

The 10 women, scores of other mothers of the disappeared and their supporters marched this morning through the heart of Mexico City, demanding federal action to find the estimated 25,000 people who've vanished in recent years.

#Mexico Mother whose son vanished amid country's criminal carnage vows to either find him or die trying. @globalpost twitter.com/dqalthaus/stat…

One of the strikers, Mexico City housewife Ana Maria Maldonado, 60, intends to starve to death unless officials finally help in finding her 34-year-old son, Carlos Palomares.

The employed father of three went missing 30 months ago while visiting a house on a middle-class street in the capital.

“Now all I do is look for Carlos,” Maldonado said in a Thursday evening interview at the hunger strikers camp. “There are so many doors that have to be knocked, so many corners to search.

“I prefer to die than to never find my son,” she said. “Imagine being a mother like me.”