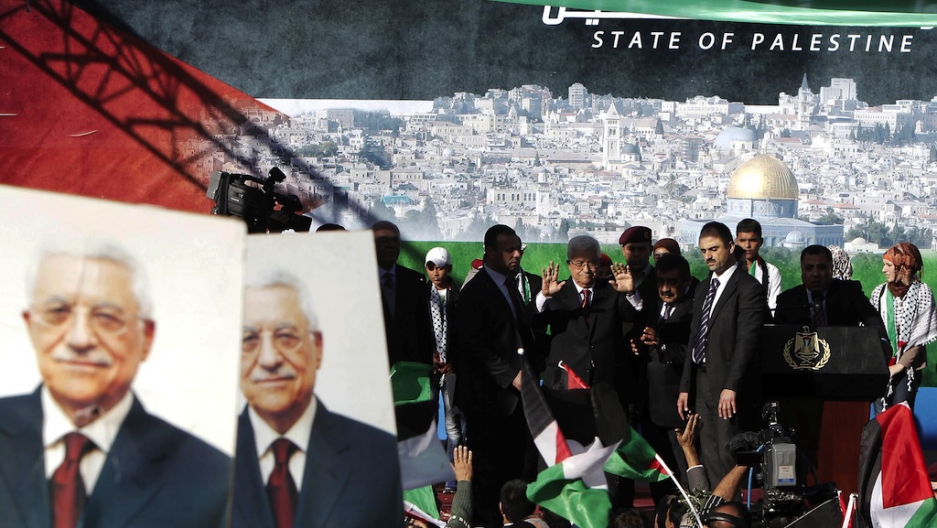 Palestinian president Mahmud Abbas gestures as he arrives to addresses the crowds as Palestinians celebrate his successful bid to win U.N. statehood recognition in the West Bank city of Ramallah on December 2, 2012. Israel announced on Sunday that it was withholding millions of dollars in tax revenue from Palestine in protest against the vote.
Credit: AHMAD GHARABLI
Share

Friday's move also came a week after Denmark and Finland announced a major change for Palestinian missions there, allowing them to operate at the level of an embassy but withholding full diplomatic ties.

Garnering official recognition as a state from as many countries as possible has been a goal of the Palestinian government for several years now.

Most South and Central American countries and all of Scandinavia recognize Palestinian statehood and have upgraded their representative offices to official embassies.

The UN changed Palestine's status to that of a "non-member observer state" in 2012, a controverisal vote that angered Israel.

Since then, Palestinian President Mahmoud Abbas has been leading the charge for greater recognition worldwide.

Palestine still does not have defined borders, its own currency or other symbols of full statehood. Those are meant to be pursued under a final status agreement within the Oslo framework for a two-state solution, which US Secretary of State John Kerry is trying to revive after several years of stagnation.

The United States has referred to moves, like Palestine's latest diplomatic effort in El Salvador, as "unhelpful unilateral actions" — using the same language it does when condemning Israeli settlement activity.

Representing Abbas in San Salvador was Foreign Minister Riad Malki, who on Friday praised the "very strong and clear" support of Latin America and the Caribbean on the statehood issue, reported Prensa Latina.

Malki is set to sign off on the move with with his Salvadoran Foreign Minister Hugo Martinez later Friday, according to Prensa Latina.

El Salvador is reportedly one of the last countries in the region to establish ties with the Palestinian Authority -- newly christened the "State of Palestine" -- with Malki telling Prensa Latina the only outlier left is Panama.

The Jerusalem Post said El Salvador was the "final nation" from the region to pull its embassy from Jerusalem, which it did seven years ago.