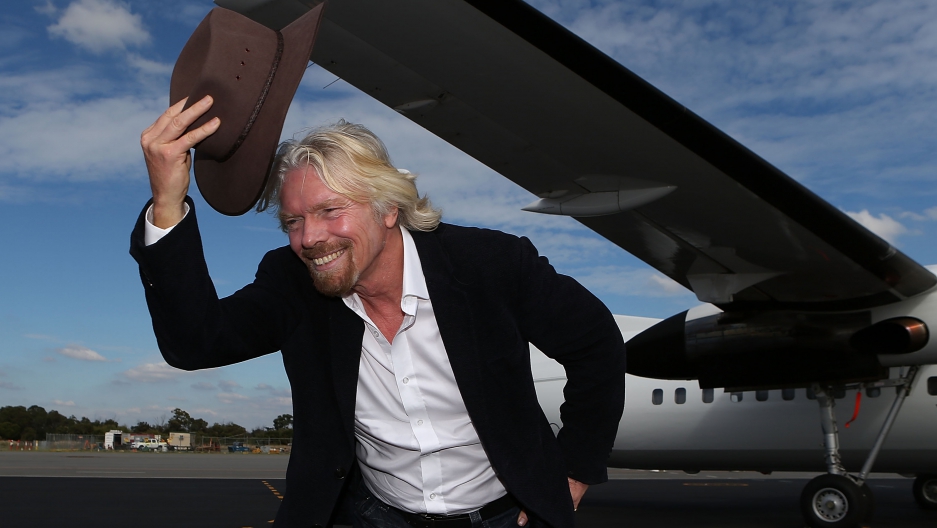 Sir Richard Branson tips his hat on the tarmac at Perth Airport on May 7, 2013 in Perth, Australia.
Credit: Paul Kane
Share

Richard Branson has told an audience of Australian business students essentially not to waste money on degrees.

Invited by the University of Queensland Business School to address MBA students, undergraduates and high schoolers, the billionaire founder of the Virgin group of businesses said success was "far tougher to teach at university."

According to the Brisbane Times, he added:

"As an entrepreneur, you just need to be able to add up, subtract and multiply. You should be able to do that by the time you're 15. What matters is you create products that people really want. You can always get someone else to add up the figures for you."

Branson, did not attend university and didn't even finish high school, the Business Insider points out.

He dropped out of school at age 16 to start "Student Magazine," four years later founding Virgin Group as a mail-order retailer.

He opened his first shop selling records in London.

He later signed such huge popular artists as the Rolling Stones and Culture Club.

"All over the world, university students are ratching up thousands of dollars/pounds/pesos worth of debts, completely unnecessarily. Lengthy university courses are set more for the convenience of the professors rather than the students and yet the students end up paying for them. Here in Chile, seven year courses are not uncommon and the debts that the students accumulate for their courses are real debts unlike in other countries. So if a student cannot afford to repay their student loans, it destroys their credit ratings and their ability to get mortgages, etc. There needs to be an urgent rethink in all countries around the globe. Courses for most subjects need to be slashed in half so that students can get out into the real world quicker with less debt and the ability to start earning."

So how were his remarks taken by the academics and students attending his Australian lecture?

Mick Spencer, 22, a successful local entrepreneur who sat with Branson on the panel, agreed with the Virgin boss, adding that universities taught people to become employees.

"It would be better if there was more real-life experience put into universities."

"Part of that is saying that as a university, as a business school, we're about lifelong learning.

Meanwhile, in an interview with AskMen.com, which asked Branson to list his top-10 business tips, Branson also advised — twice — that people work from home, saying separately:

"One of the advantages of working from home is that you’re not wasting a couple of hours of the day commuting and traveling."