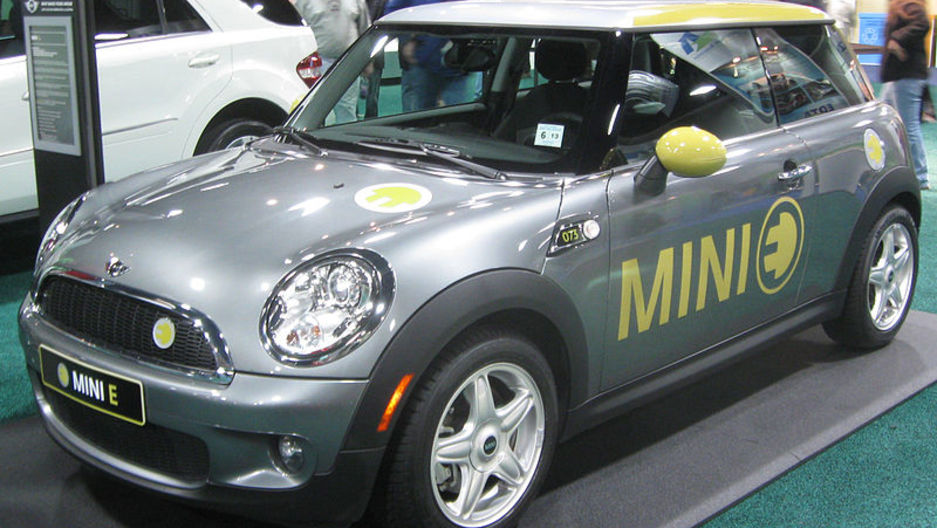 The BMW Mini E is designed in a way that makes it especially helpful to researchers trying to turn electric cars into a load-balancer for the electric grid. (Photo by IFCAR via Wikimedia Commons.)

A team based at the University of Delaware has developed a way to use electric car batteries to make the power grid more stable and resilient.

One of the project’s leaders, Professor Willett Kempton, says the system could earn real cash for electric car owners. The idea is to allow electric car owners to sell some of the power stored int heir batteries back to the grid, when the cars aren't in use. The idea is to help balance the load on the electrical system, which keeps our lights from flickering and our clocks from running slow.

Kempton, a professor in the College of Earth, Ocean, and the Environment, says using the stored power in electric car batteries would be more efficient than the current means of load balancing, which basically involves powering up or down large generators at power plants.

"You’re taking a big unit that’s supposed to be run at a single speed and you’re changing speed constantly. Plus, you’re only getting half the ability to produce power that the system was designed for," Kempton said.

Kempton's team has taken a battery designed to discharge into the power grid — something some electric cars are already designed to do — and used it to charge more rapidly when there's too much power on the grid, and then discharging into the grid when there's not enough power.

"That allows us to take a totally clean device that changes very quickly, has very minimal wear and tear by moving up and down, and we can use that for the same purpose that large power plants are used for now," he said.

The average American spends just one hour a day driving. The other 23 hours, though, the electric car is sitting, unused.

"Maybe some or all of that time it's close to an electrical outlet. So we’re going to give you some value for those other hours that you’re not driving," Kempton explained.

So far, according to Kempton's research, electric car owners could earn about $5 a day, or $150 a month, just by having their car plugged in.

Of course the risk is that your car will be discharged just at the moment you need it. But Kempton says his team has come up with a set of questions that new participants will fill out, to help set just how your battery is used.

In short, they'll make sure there's always enough power in your battery to get you to work with no notice.

"So if you have a car that has a 100-mile range, which would be typical for an electric car, maybe going to work is 30 miles there and 30 miles back. That would actually be a bit more than the average commute," Kempton said. "We’d make sure you’ve always got 80 miles in the morning."

The other objection Kempton hears is that this constant charging and discharging will hurt the life of the battery. But Kempton says his team has done a great deal of research, and even received patents for its work, to prevent that from happening.

Kempton's team needs just 10 cars to create a generator of suitable size. But these cars, the BMW Mini E, are designed almost as if for Kempton's project exactly: they need to be able to jump on a highway on-ramp and go from 0 to 60 mph, practically in a blink.

"They've got the capacity to really push power out quickly and so we take advantage of that. That’s already designed into the car," he said.

The hope is that this new revenue source for electric car owners will help defray some of the extra costs that electric cars have over cars powered by gasoline.

"it’s about $150 a month, so that makes the whole owning and operating an electric car less expensive. It brings it down more close to the cost of a gasoline car," he said.